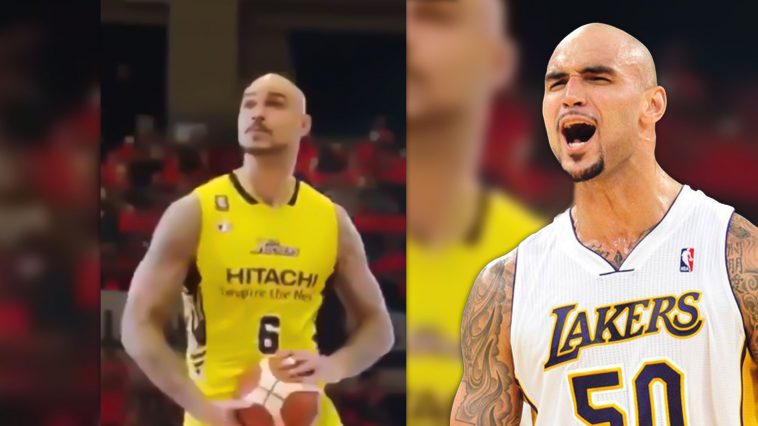 Have you ever wondered what happened to Robert Sacre? Following his stint with the Los Angeles Lakers, not a lot has been heard about him — until now…

While only a few know that he is continuing his professional career in Japan, he made a lot of headlines recently, when a video of him came out where he participated in the B League’s Slam Dunk Contest. While he is a former NBA player, it’s easy to imagine him excelling in it, and having a distinct advantage as he has seen some of the best dunkers throw down vicious slams in the past. However, that was not the case.

The 28-year-old Gonzaga product was not able to pull off a windmill dunk. Although it’s not the easiest to complete, he attempted it without much flare, and given his height of 7-feet, he still did not have enough elevation for it. He then settled for an even simpler two-handed jam, which resulted to him receiving 9s from the judges, in what can be considered very generous scores from them, in a video uploaded by CBS Sports’ James Herbert via NBA Reddit.

Apparently, people love him no matter the dunks he does… or the hilarious misses.

Robert Sacre is trending?!
So, here is the former Laker in a Japanese dunk contest…
pic.twitter.com/7CLtOzvb96