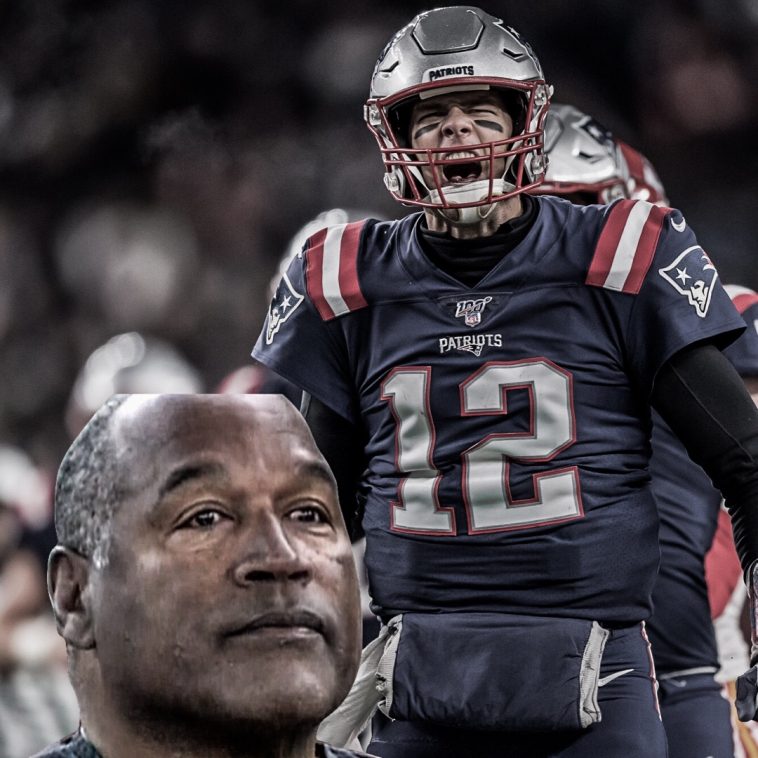 We are just a week away from Tom Brady officially hitting free agency. And all this Tom Brady talk is getting people nervous and excited and drained. The anticipation is killing everyone. Rumors, rumors and wild speculation is taking over. But let’s leave it to OJ Simpson former NFL MVP, former Heisman trophy winner, former 2,000 yard rusher, former movie star, former pitchman, former maybe killer, and now philospher to make sense of the Tom Brady free agency:

Leave it to OJ Simpson to explain the Tom Brady situation perfectly ????? @SONTHighlights

In case you can’t listen right now here is what OJ Said:

“Hey, Twitter world, yours truly. Well today, there’s talking about Tom Brady!and where he might go. For you football fans, you know, Tom Brady’s going to be 43 years old. I heard today that eight teams are interested in him. If that’s true, there’s six GMs don’t know what they’re doing. Because the only teams that should be interested in Brady would be teams that are, like, one player away from going to the Super Bowl — trying to win it next year. Before so many of there players go to free agency. And, to me, you’ve got two teams, maybe. You’ve got the 49ers, I’ve heard. I don’t know, there’s now way they’re going to pay both Garoppolo and Brady over $30 million. Well, maybe they’ll take and trade Garoppolo back to New England! Ha ha! That would be interesting, but I don’t really see that happening. The only other team I think might be interested in Brady, or should be ready to have Brady, with the offensive line and players that will be Super Bowl-worthy,  would be Tennessee. Brady’s going to be, as I said, 43 years old. I mean, look what happened to Philip Rivers last year, he got beat up playing for the Chargers. So, those types of teams, they can’t take Brady. Brady’s gotta go to an excellent team with excellent players. And he’s not going to play for a discount like he’s done for the Patriots over the years. There’s 13 players – quarterbacks – who make more than Brady. 13! Including Jacoby Brissett. Alex Smith. Brady will NOT play for a discount. Brady, as far as I’m concerned, is gonna stay with the Patriots, and I think they’re gonna finally pay him what he deserves. I’m just saying. Take care.”

Thanks OJ. Now it all makes sense. Look, if OJ is saying that Tom Brady is staying then he is staying.