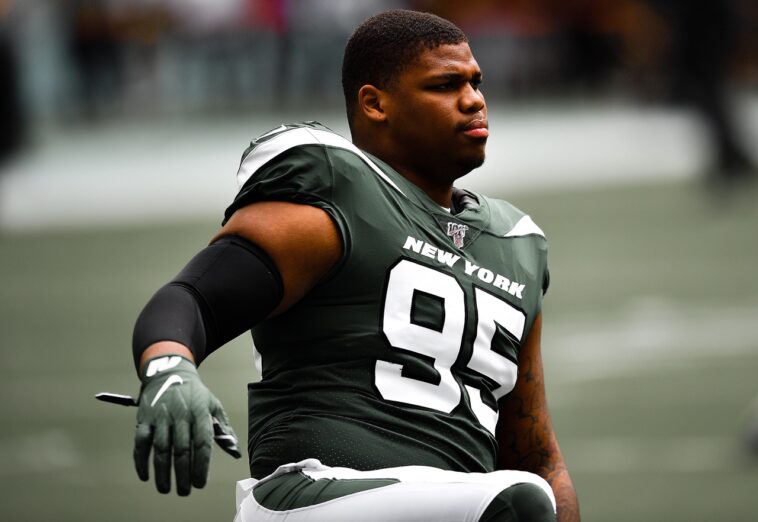 Quinnen Williams of the New York Jets warms up prior to the game against the Miami Dolphins at Hard Rock Stadium on Nov. 3, 2019 in Miami, Fla.

The New York Jets were having a quiet off-season. There were a few rumors of getting rid of Le’Veon Bell but that was about it. The team finished the season 6-2 and pretty great finish to the season. But then this came in:

Jets’ Quinnen Williams was arrested Thursday night for criminal possession of a weapon after attempting to board a flight at LaGuardia while carrying a Glock 19 handgun.https://t.co/BS0SxZgzhg

SOURCE–New York Jets defensive tackle Quinnen Williams was arrested Thursday night for criminal possession of a weapon while attempting to board a flight at LaGuardia Airport, according to police.

Williams, 22, was carrying a gun with an Alabama permit, New York/New Jersey Port Authority Police said in a statement to ESPN. The former Alabama star grew up in Birmingham, Alabama.

According to police, the weapon was a Glock 19 handgun.

Oh man Quinnen Williams you can not do that. I mean how dumb can you be. You have to be smarter than bringing a Glock 19 on board a airplane. But the good news is that the glock was at least registered in the state of Alabama.