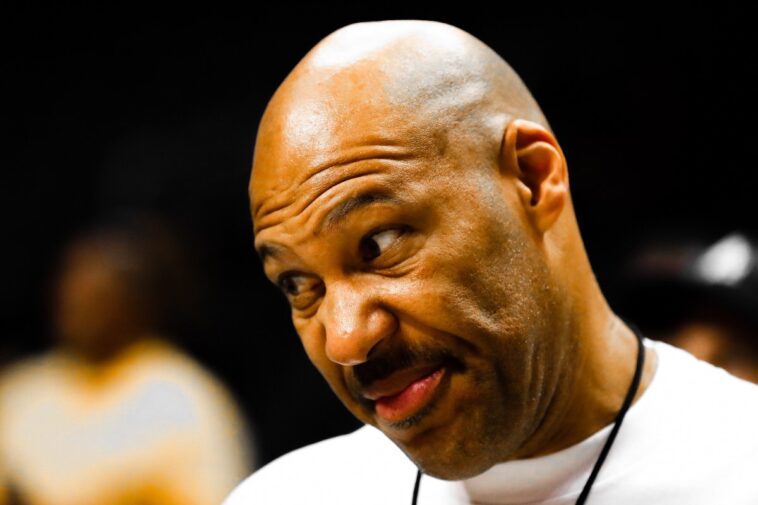 “When Gelo gets in the NBA, within 3 years, I guarantee you he's a scoring champ.

It didn’t take long but we got LaVar ball back on these shows talking about his sons. The guy knows how to put on a show and honestly, I have no idea why they even entertain him and let him be on these shows. The guy is nuts. I had to rewatch this clip twice. Why? Well he’s talking about GELO not MELO. Everyone knows Melo is about to be the a top 3 pick in this upcoming NBA draft but Gelo? He just got signed in the G-League. So for him to say he’s going to go form the G-League to winning an NBA scoring title… pretty outrageous. This is why LaVar is the best. He’s the ultimate showmen. And as the media keeps putting him on shows, he will keep delivering some golden quotes.