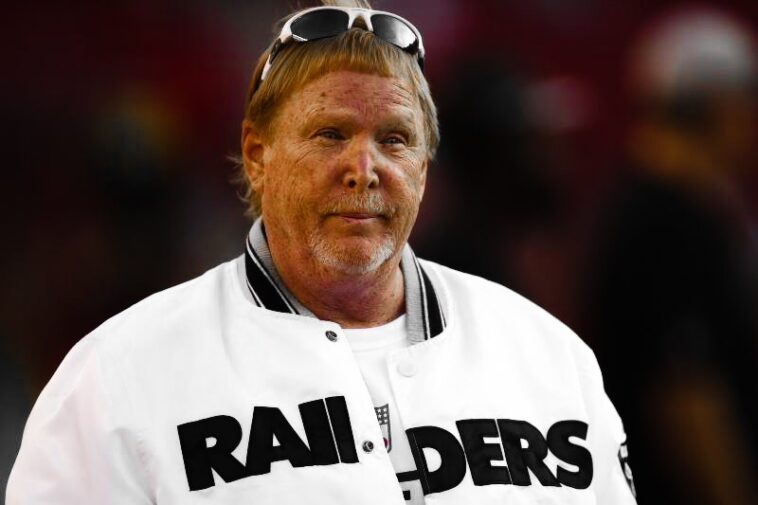 From the LA Daily News:

In a move that raised some eyebrows in Nevada, the Raiders sold their unfinished Henderson, Nev. headquarters and practice facility for $191 million and immediately leased it back, the Las Vegas Review-Journal reported Wednesday.

By flipping the 55.6 acres of land they purchased at a cut rate two years ago from the city of Henderson for about $6 million (about half the property’s value), the Raiders turned a profit of $185 million, more than 30 times what they originally paid for the land.

According to the Las Vegas Review-Journal:

Chicago-based Mesirow Financial purchased the under-construction football facility across from Henderson Executive Airport and leased it back to the NFL team for 29 years, with seven 10-year extension options, filings with the Clark County recorder’s office show.

The sale closed Friday. Public records obtained by the Review-Journal do not show the Raiders’ annual rent.

So when looking through the comments a ton of people are glad that the new stadium will bring in 1000s of new jobs and businesses to the area but they are also upset that Henderson City Council was allowed to sell the land for a cheap price even though it was very clear it was worth more.

Follow the timeline:
Henderson gives Raiders a ridiculous sweetheart deal on parcel.
Raiders sell land for 30X what they bought it for, then leased it back. $185M profit.
In any other context, this would be an outrage, taxpayer theft.
But it's Raiders, so no biggie.#Raidersville https://t.co/rMfGWqzd39

Let’s give y’all a friendly reminder of what was said about this deal in January 2018:

The Henderson City Council voted 5-0 on Tuesday to approve a resolution leading to the sale of 55 acres of land near the Henderson Municipal Airport to the football team, ahead of the planned move to Las Vegas in 2020. The currently vacant plot of land is set to be sold to the team for $6.05 million, half of the appraised $12.1 million price.

I mean come on now. Let’s pretend for a minute that Vegas isn’t a shady place.. Wait.. Vegas is a totally shady place I can’t even pretend.. So that’s one for two it seems like they cut the Raiders a HUGE deal and totally took money off the table for taxpayers. If this doesn’t seem to be one of the shadiest deals of all time that allowed the Raiders to profit $185 million. This seems to be wrong in all aspects.
170
SHARES
Share On FacebookShare On Twitter
Subscribe
[mc4wp_form id="8903"]