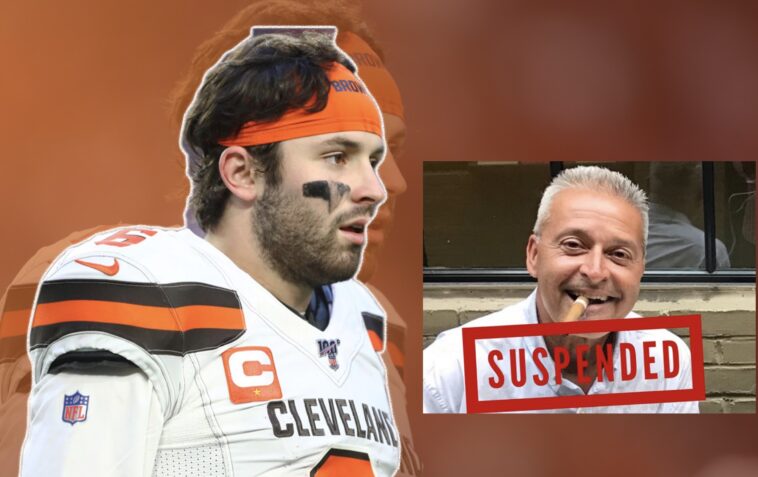 ESPN Cleveland’s Tony Grossi was a trending topic on Twitter this week due to his comments regarding QB Baker Mayfield.

On Tuesday, Grossi was back in hot water after he was heard on a hot mic referring to Browns QB Baker Mafield as a “fucking midget” while discussing the Browns missing out on Joe Burrow.

#browns they just called baker a f*****g midget on espn cleveland when they thought the mics were off pic.twitter.com/iSh3scQRCt

Re-tweet if you support the firing of Tony Grossi pic.twitter.com/7LGoXTcX6h

Baker Mayfield is listed at 6’1 and really is the same height as Deshaun Watson, one of the guys mentioned in Grossi’s list… ESPN responded quickly and made sure he was suspended.