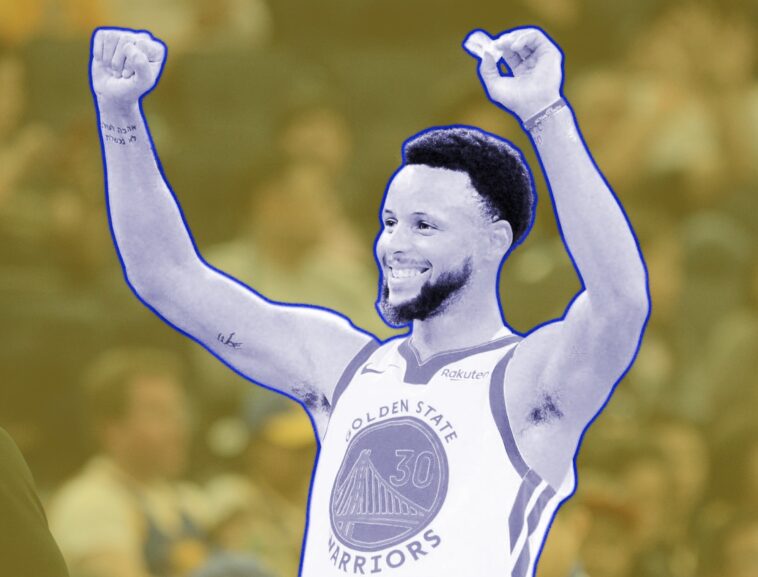 I’m honestly not sure why this is happening, but the Warriors, who are in line for a potential No. 1 pick in the draft, are brining back Steph Curry for the final month and some change of the season… This seems like an odd idea, if he get’s a major injury this would be a huge regret.

Stephen Curry will make his return to the Golden State Warriors lineup on Sunday against the Washington Wizards, The Athletic’s Shams Charania reports. Curry hasn’t played since breaking his left hand on Oct. 30 against the Phoenix Suns. He’s been seen shooting and participating in Warriors practice drills in recent weeks.

#StephCurry putting up shots after #Warriors practice. I lost count how many he made in a row. #SteveKerr says Curry will play when he’s healthy. @nbcbayarea pic.twitter.com/LEHc9s7D4z

Steph Curry superstar will return to the Warriors on Sunday against the Wizards, per @ShamsCharania.

He hasn’t played since Oct. 30. pic.twitter.com/oChBg5O2Fc

Head coach Steve Kerr said last week that Curry was “looking great” and wanted him back on the court this season to get reps with a revamped roster that now includes forward Andrew Wiggins, who was acquired from the Minnesota Timberwolves before the trade deadline.

“With all these young guys, we’re trying to teach them on the fly, and a lot of things that we have taken for granted over the last five years, we can’t take for granted anymore. Steph needs to feel that himself.”

The Warriors have a league-worst 12-45 record while playing without Curry and Klay Thompson for most of the season. They ruled out Thompson returning from an ACL tear, but are comfortable with Curry’s recovery from his hand injury.