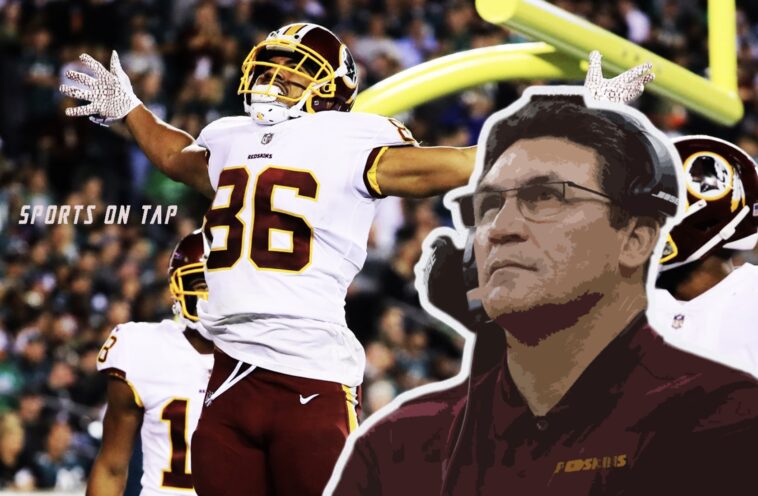 The seventh documented concussion of Jordan Reed’s football career is still affecting him six months later. According to a report from The Athletic Charlotte, Reed is still in concussion protocol from a helmet-to-helmet collision that occurred during a preseason game against the Atlanta Falcons in August.

Reed did not play a snap in 2019, as the team placed him on injured reserve in October. The tight end is under contract through 2020, as Reed enters the final year of a five-year, $46 million extension he signed with the team in 2015.

Washington #Redskins HC Ron Rivera told @JourdanRodrigue that TE Jordan Reed is still in concussion protocol. The concussion happened on August 22 in a preseason game vs. Atlanta. This was the play…
pic.twitter.com/ZlEiCesd8z

“Do we have our tight end? Probably not,” Redskins head coach Ron Rivera said on Redskins Nation on Feb. 4. “That’s a big question mark.”