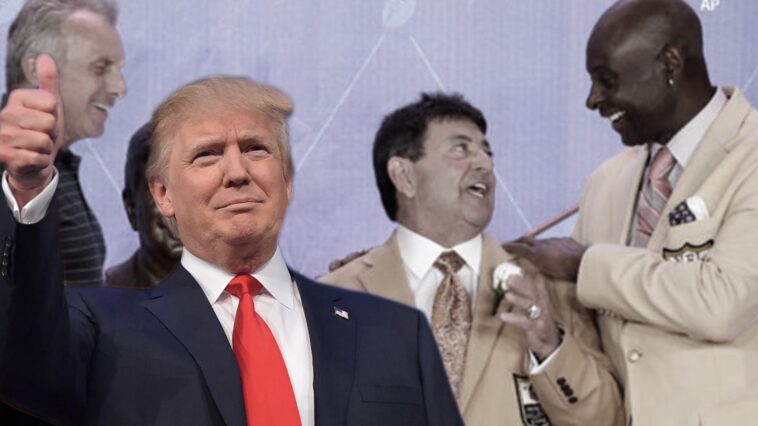 President Donald Trump signed an executive order Tuesday granting a pardon to Edward DeBartolo Jr., the former San Francisco 49ers owner who was convicted in a gambling fraud scandal, according to The Associated Press.

In 1998, DeBartolo pleaded guilty to failing to report a felony when he paid $400,000 to former Louisiana Gov. Edwin Edwards in exchange for a riverboat gambling license.

Jerry Rice and other ex-NFL players are at the White House today.

Trump has pardoned Eddie DeBartolo Jr., the former owner of the 49ers who bribed a Louisiana governor.

"I take my hat off to Donald Trump for what he did," Rice said. pic.twitter.com/PzEihlyCPy

The 73-year-old DeBartolo stepped down from his role the year prior after multiple newspapers reported that he would be indicted for gambling fraud. He ceded control of the 49ers to his sister, Denise DeBartolo York, whose family still runs the team.

DeBartolo avoided prison but was fined $1 million and suspended for a year by the NFL.

On Tuesday, the White House announced the decision to reporters alongside NFL legends Jim Brown and Jerry Rice.

DeBartolo, who helped guide the 49ers to five Super Bowl wins, was inducted into the Pro Football Hall of Fame in 2016.