These are some of the social media messages that the company contracted by FC Barcelona put out there. Attacks to Messi, Pique, Xavi, Puyol, Guardiola… It was supposed to help improve Bartomeu' (And his board) image but ended up trying to discredit 'the other side' of the club https://t.co/Ol0RNnn5EZ

@marcelobechler : According to SER, since 2017 @FCBarcelona is paying a company to create profiles (upto 65k followers) to spread +ve msgs about the club on media. These profiles also attacks names like Messi,Pique,Guardiola&opponents, although the club denies.#Barcelona

[Forbes] – A scandalous report in Catalonia has claimed that FC Barcelona contracted the services of I3 Ventures, a social media company, in order to damage the reputations of key figures such as Lionel Messi and Gerard Pique, potential presidential candidates, plus former players and managers.

I mean this is so crazy that James Dolan wouldn’t do this. Imagine if Jerry Jones hired a firm to talk shit about Dak Prescott and praise Jerry Jones all the time. It would be nuts. Of course Barcelona was quick to deny these allegations. 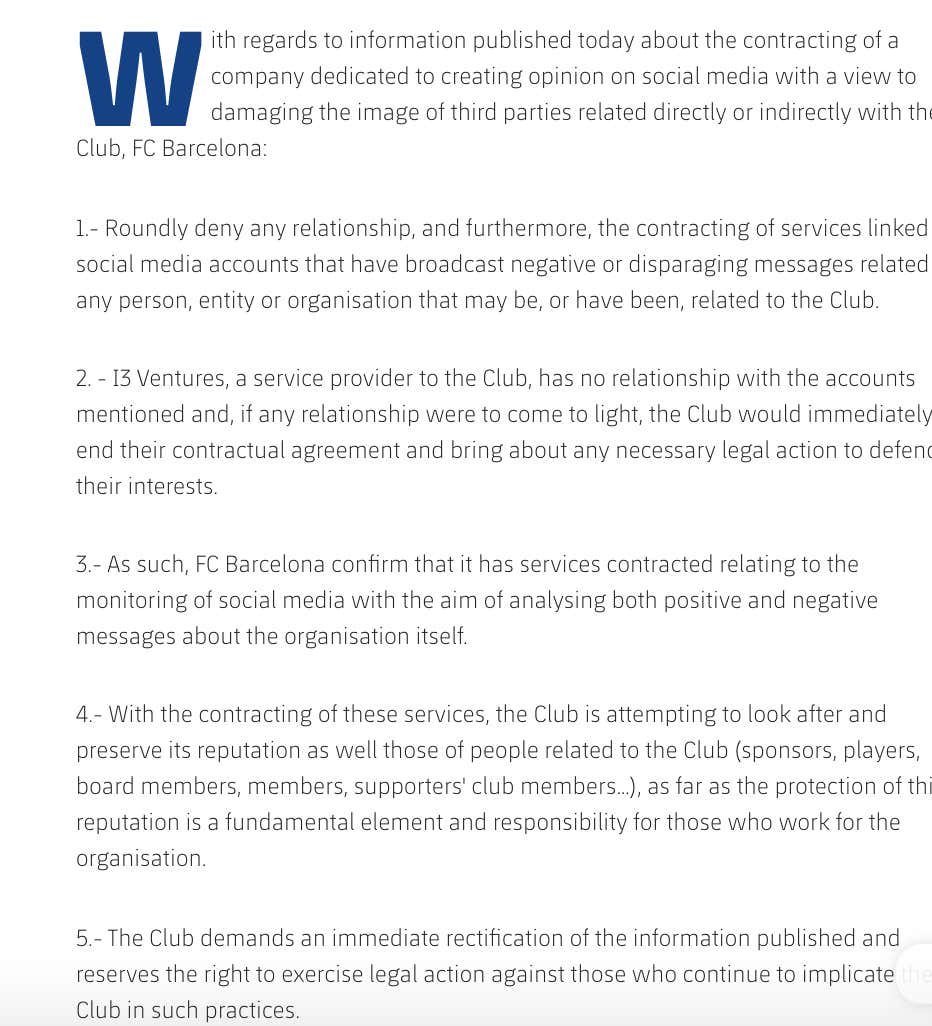 Think about how big this is. We think that burner accounts by Kevin Durant are crazy. This is a whole new level of craziness. Going to be interesting to see if this is true. So many rumors of Messi leaving Barcelona and this just intensifies them.