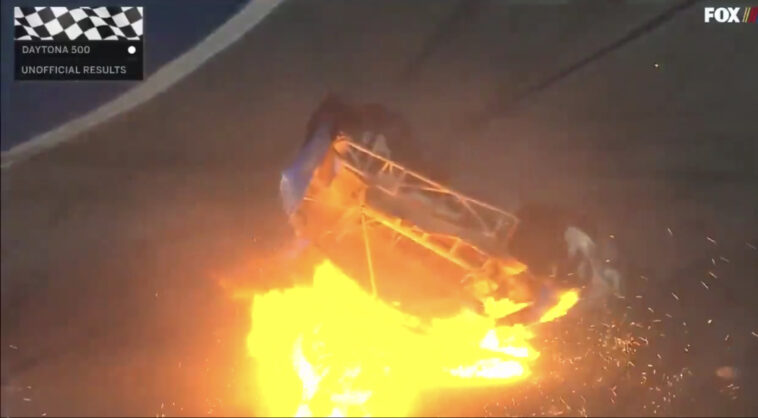 Here is the final lap of the Daytona 500 in which Ryan Newman's car was flipped at the line.

We will continue to keep you updated on his status as we learn more.
pic.twitter.com/e6Q8SpoWpr

A stretcher is next to Newman’s car. Crews are using black screens to keep fans from seeing. And media has just been told to leave the pits. #DAYTONA500 pic.twitter.com/OFFIpTWcoz

Oh man this is a horrible ending to the Daytona 500. Ryan Newman was really hurt in this horrible crash. As I we are writing this there is still no status on his health. Newman’s car flew high in the air as Denny Hamlin won the race. I see a ton of people on Twitter going after Hamlin for celebrating so much after the crash, but to come to his defense he had no idea what was going on. Meanwhile, the announcers I thought did a bad job and seemed more excited about the race then worried about Newman. It’s easy to say that sitting on my couch and writing this but that’s the truth. Prayers to Ryan Newman who got in a similar crash at Daytona 17 years ago.

17 years ago, Ryan Newman in the same race walked away from this horrific crash. That man is as tough as they come, I’m pulling for him ?? #Daytona500 pic.twitter.com/XnGidnjQ89