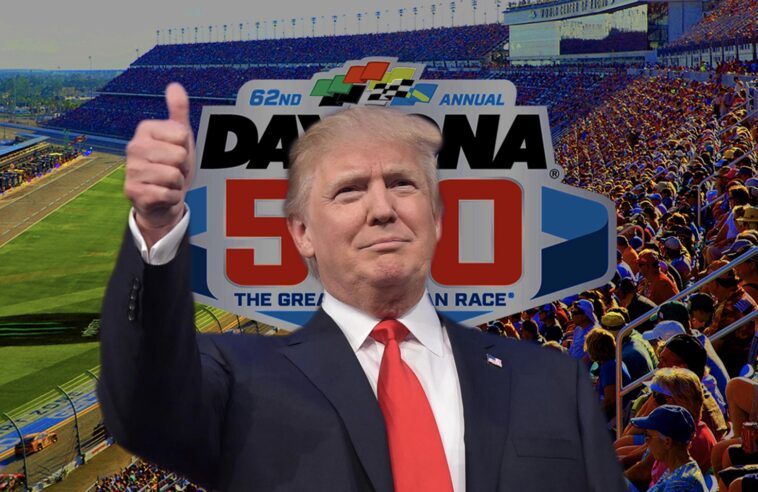 President Trump kicked off the official start to NASCAR season by flying over the Daytona International Speedway in Air Force One and taking several laps around the track in his presidential limo.

Trump arrived in Florida on Sunday to watch the Daytona 500, the first race of the NASCAR season. The president dropped in on the event while traveling back to Washington, D.C., after a weekend at Mar-a-Lago.

President Trump gets things going at the Daytona 500. ??

Air Force 1 greeted with applause as it flies over #DAYTONA500.@realDonaldTrump arrives at the @NASCAR race. pic.twitter.com/5VHD9t86Vo

"NASCAR fans never forget that no matter who wins the race, what matters most is God, family, and country."@realDonaldTrump speaks at the #Daytona500. pic.twitter.com/MszSap8LHa

The crowd at the #Daytona500 breaks out in chants of
"U-S-A, U-S-A" as @realDonaldTrump begins his duties as Grand Marshal. pic.twitter.com/9Y4gtEj8sL

The beast takes a few laps at the #DAYTONA500 race. pic.twitter.com/LEUBlpWAjA