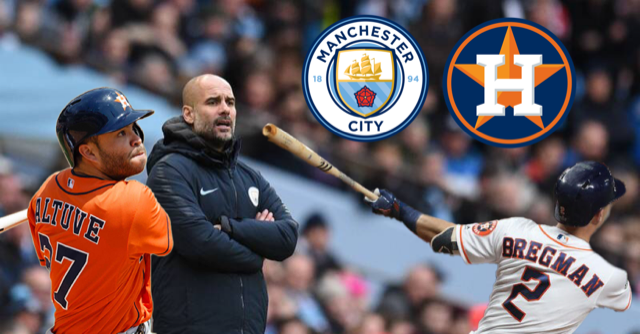 For those who aren’t soccer fans, the Champions League is basically the biggest club tournament in the world. It would be the equivalent of the Major League Baseball playoffs. The team did some shady stuff financially and they were banned. I ran to twitter right away to express my disgust with Major League Baseball.

Hey @MLB did you see how @UEFA handled Manchester City and banned them for TWO years. I think it’s time for you to do the same with the CHEATING Houston Astros. You’d do it if you had any guts Rob Manfred! But you don’t. So there’s that

It’s amazing how @UEFA can punish Manchester City for financial issues while @MLB pretends to punish the Houston Astros by doing virtually nothing. Patheticleadership. @BauerOutage has it right going after the commish. So disappointing

Lastly. I wonder how many times the opposing team will beam Jose Altuve. @BauerOutage will probably throw at them everytime he sees the Astros. Anyways, Major League Baseball you should be ashamed of yourself

It really is pathetic. I don’t get how in anyway that baseball thinks that it did enough to the Houston Astros who literally were cheating ON the field. Anways, baseball will never get it right. Instead the commissioner will continue to try to change the playoffs and tinker with useless things to repel any attention on the fact that the Houston Astros won a world series by cheating.