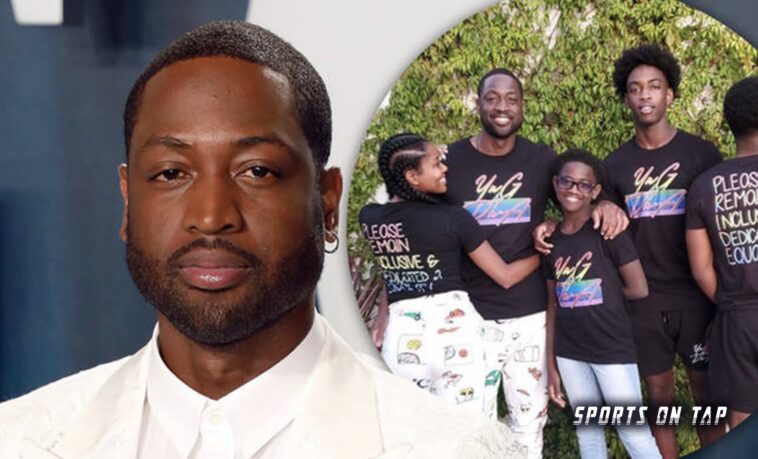 When the world was introduced to Zion Wade, it wasn’t hard to tell that the youngster was gay and proud of it. Anytime a picture or video would be posted of him, social media would come out and blast Dwyane Wade and Gabrielle Union for allowing something like this to happen at such a young age.

Things got amped up even higher when Wade took to the Ellen Show and announced that Zion is no more, and was not only transgender, but going as the new name, Zaya. The Wade’s are proud and so are we!

“Me and my wife — my wife Gabrielle Union — we are proud parents of a child in the LGBTQ+ community, and we’re proud allies, as well.”

“We take our roles and our responsibilities as parents very seriously,” Wade told Ellen DeGeneres, adding that he and Union, 47, feel it is their job as parents give their kids the “best information that we can, the best feedback that we can, and that doesn’t change because sexuality is now involved in it.”

Hours later, Union dropped a clip on Twitter where you could hear Wade asking Zaya if it’s worth it to be yourself even if people are being mean to you, or even trying to harm you for it.

“[To anyone] who is afraid they’re going to be judged, I would say don’t even think about that. Just be true to yourself, because what’s the point of even living on this earth if you’re going to try to be someone you’re not?” Zaya said. “It’s like you’re not even living as yourself. Be true and don’t really care what the ‘stereotypical’ way of being you is.”

Meet Zaya. She's compassionate, loving, whip smart and we are so proud of her. It’s Ok to listen to, love & respect your children exactly as they are. Love and light good people. pic.twitter.com/G2lLVdD2VT

“Yeah,” Zaya said. “I know it can get tough. Definitely. But I think you push through and you be the best you. Especially more recently it’s become more accepting, even though there are still obviously a lot of people out there who still are set more in the ‘back in their days’ way of mind. But I think even through hard times, you gotta just push through.”

“It’s worth it. I feel like it’s very worth it when you reach that point of yourself,” she said. “Like you can look in the mirror and say hi to yourself, like nice to meet you, instead of, ‘I don’t really know who I am.’”