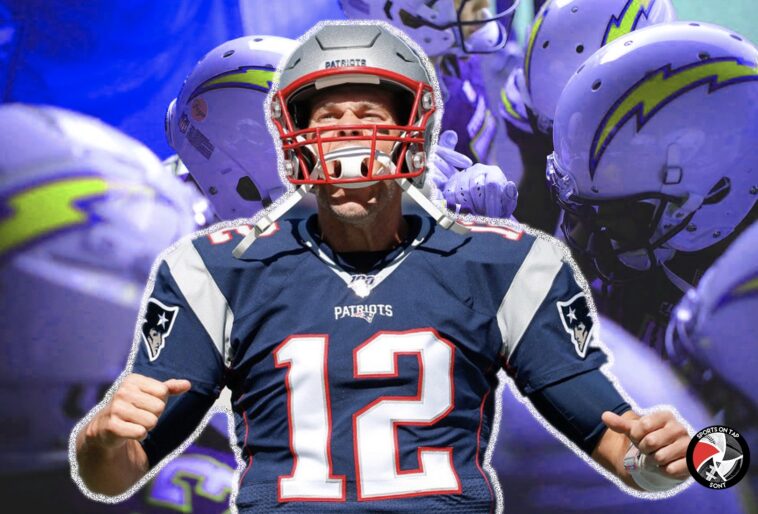 The Los Angeles Chargers have bee in the news all day today, especially after ‘mutually’ agreeing to part ways with their QB of the last 14 years, but as been a Charger for 16, Phillip Rivers.

Now this would be time that this news makes sense…The New England Patriots front office thinks there is only one team out there in the NFL that actually has a real shot of nabbing Tom Brady in free agency and effectively ending an era.

According to Greg Bedard of Boston Sports Journal — the franchise thinks the Los Angeles Chargers are the only real option for Brady outside of New England.

Aside from the Chargers, the Las Vegas Raiders, Indianapolis Colts, and even the Miami Dolphins have been rumored as potential suitors to sign him in free agency. The Patriots clearly only view one of them as an actual threat to take their future hall of famer.

The Chargers are expected to move on from longtime QB Philip Rivers as they get set to move into a brand new stadium in 2020 that could possibly offer Brady endless new endorsement opportunities.

That expectation became a reality on Monday when both sides agreed to mutually part ways, which makes the rumors of Brady to L.A. grow even stronger.

We will see what ends up happening, Tom Brady sounds like a good idea… But at the end of the day, I don’t think Chargers fans will be too happy about this one if nothing comes out of it. Phillip Rivers isn’t completely washed up.

Where the @Chargers “vets” at @Keenan13Allen @darealmike_dub @show_case29 @MelvinIngram @DerwinJames our leader just got pushed out the back door…. any of y’all gonna make some noise to management… today it’s phil tomorrow it’s y’all ????? how we going to playoffs now!?!

Brady has been teasing fans on social media about his future, but things are set to get real next month and he will have to make a decision before the NFL Draft.