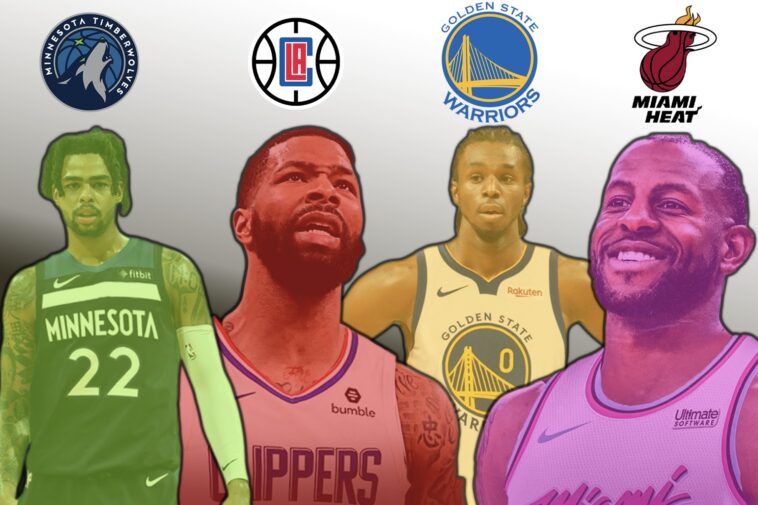 Alright, I know I am going to get a lot die-hard NBA fans coming at me to tell me why this wasn’t actually a boring trade deadline, but I will beg to differ. I will go ahead and break it down between four trades, and all didn’t really change the landscape of the East or the West.

1 – Andre Iguodala to the Miami Heat: You see, this one here, I don’t actually love it for the Heat. I am not being pessimistic, I lived in Miami for a while and love this team, I really don’t think sending a young Winslow for a 36 year old Iggy is a good idea. The Heat aren’t winning this year, and they aren’t getting any closer with Andre. Side note: Winslow to Memphis is a GREAT pickup, they will be very dangerous in 2-3 years.

2 – D’Angelo Russell To Minnesota Timberwolves & Andrew Wiggins To The Golden State Warriors: Now, this one had the biggest splash effect of the day. D-Lo and Karl Anthony-Towns apparently have wanted to play together for quite some time. Thats the only reason this is a big deal. KAT and D-Lo will both be young and happy, but overall are they really going to be better than 40-42 any years to come? I don’t think so. Wiggins to the Warriors might end up being a bigger win, he will either fit exactly like Harrison Barnes in the system, or they will trade him and their pick for something even better during the offseason…

3 – Marcus Morris to the Los Angeles Clippers: All I want to say here is… thank god the Lakers didn’t give up Kyle Kuzma for Morris. There is a reason he ended up being traded for Harkless. Yes, Morris is a nice piece. He doesn’t move the needle, he doesn’t make the Clippers better than the Lakers.

4 – Clint Capela to the Atlanta Hawks & Robert Covington to the Houston Rockets: This one is weird, Capela is good, but he’s going to the worst team in the NBA, maybe it’ll be helpful come next year for Trae Young. As for Covington, yes, great pick up for the Rockets, but god bless you against AD and the Lakers… You have no bigs… I’m sorry, you can’t win this way…