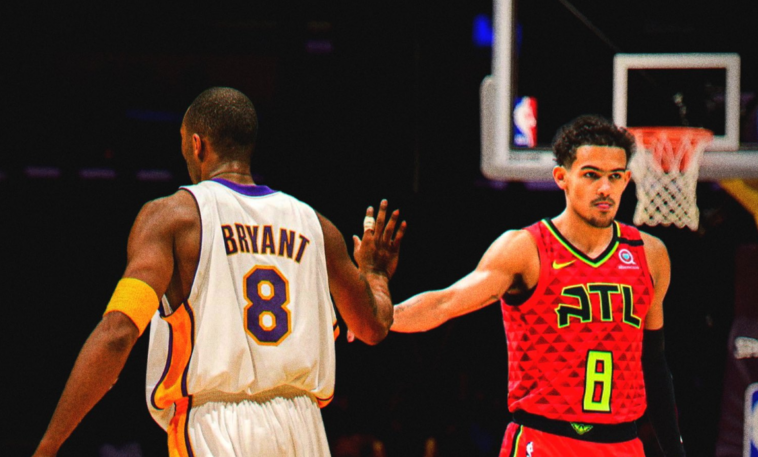 In a day where Kobe Bryant passed away, somehow The NBA decided to continue to play their games. And there was some coincidences that only sports can explain:

Trae Young is the first player to have a 45-point double-double with under 25 field goal attempts against the Washington Wizards, since Kobe Bryant on December 17, 2006. pic.twitter.com/xHFewuzb7Z

After the game Trae Young spoke about the impact Kobe had on him and how he was a role model for Kobe’s daughter Gigi (who said Trae was her favorite player in The NBA).

Trae Young fought back tears as he spoke about the last conversation he had with Kobe.

He said Kobe told him he was proud of how much he's seen his game progress, and to continue to be a role model for kids growing up and for Gigi. pic.twitter.com/fhus29cdN5

Man, what a surreal day in the world.