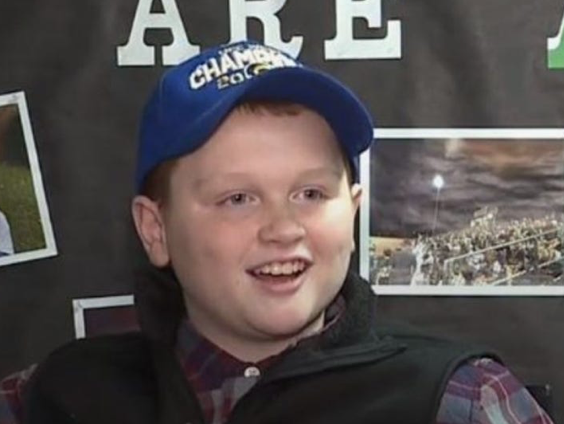 A teenage kid decided the right thing and is trying to get the NFL to do the most logical thing in the world and move The Super Bowl to Saturday instead of Sunday. 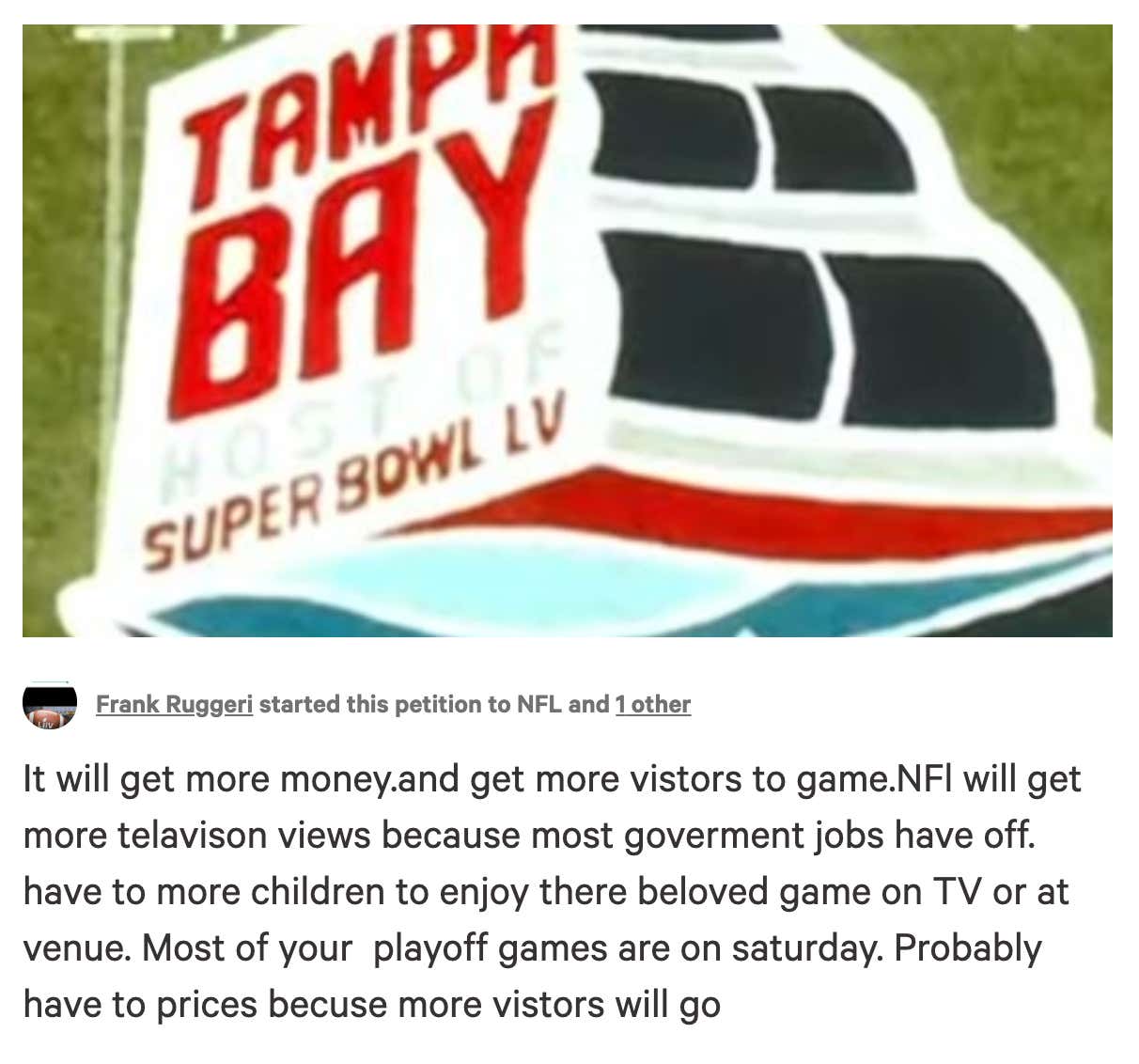 The 16-year-old from upstate NY was talkin’ playoffs with his family over dinner one night when he brought up what a bummer it is to have to stay up so late on a school night for the Super Bowl:

Historically, professional football games have always been on Sundays. You can thank Congress for that.

In 1961, Congress passed the Sports Broadcasting Act. The law helped set the NFL broadcasting schedule for Sundays to protect the fans of college and high school football.

The law barred the broadcasting of professional games played on Fridays and Saturdays during the schools’ seasons. The Super Bowl is well after the school football season, though.

The kid decided to add some research to his petition:

“He has a lot of passion in his heart,” his dad, Frank Ruggeri said. “When he gets on one thing, he really sticks with it.”

In 2019, a survey found more than 17 million US employees may miss work the day after the Super Bowl LII, according to The Workforce Institute.

And so far he has a ton of signatures and counting:

Honestly, this is a great idea. There’s no way The Super Bowl changes to Saturday this year but come on, by next year this should be a thing. Let’s either get The Super Bowl to Saturday so we all aren’t a mess at work, or make Monday a national holiday. There should be no in between.