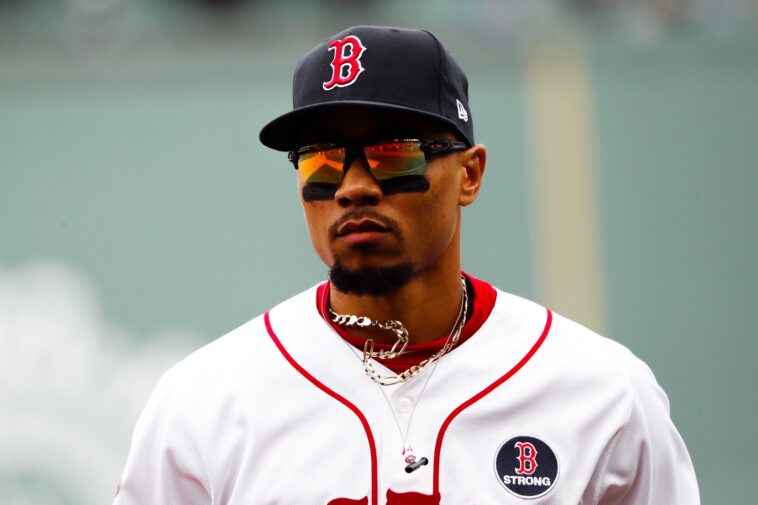 The Padres and Red Sox have discussed a potential trade that would bring Mookie Betts to San Diego, sources tell The Athletic: https://t.co/Mn5be5SwlM

Source: The San Diego Padres have talked to the Boston Red Sox about trading for star outfielder Mookie Betts, according to Dennis Lin of The Athletic.

Discussions between the two clubs focused on San Diego sending outfielder Wil Myers and a significant amount of prospects to Boston in exchange for the 2018 American League MVP, sources told Lin, who adds that a deal is unlikely and Betts is expected to start the season with the Red Sox.

Boston would be willing to accept a group of prospects that doesn’t include the Padres’ top-five minor leaguers in a trade, according to Kevin Acee of the San Diego Union-Tribune. However, the Red Sox don’t want to take on enough of a portion of Myers’ contract, which still has $61 million left over the next three years, Acee reports.

Betts is scheduled to become a free agent after the 2020 campaign. The four-time All-Star will make $27 million next season after a record one-year deal for an arbitration-eligible player. The 27-year-old is a three-time Silver Slugger and four-time Gold Glover with a career .893 OPS.

The Padres spent over $300 million dollars on Manny Machado last season and now want to add Mookie Betts? I am assuming they would want to be assured they can resign Mookie Betts but where would the rest of their money come from? That would have to be approx $700 million dollars tied up between two players assuming they do resign Mookie Betts. I am not a general manger in The MLB nor do I claim to be one, but it seems like for the most part to build a winning baseball team you don’t just spend all your money on two players. You build from within. Maybe The San Diego Padres go on, be great and win a World Series and these words all look dumb later on. But I feel like I’d double down on this blog and there is no way this is a formula for success. But hey, at least Machado and Mookie can live in San Diego. Oh by the way, Mookie Betts is really really good.

Mookie Betts’ 42.0 WAR is the fourth-most put up by an outfielder through their first six MLB seasons.

put up more WAR in their first six MLB seasons than Mookie Betts did. pic.twitter.com/oV93HcMbOk