Conor McGregor sent a congratulations message to Trump when the president touted his accomplishments on Martin Luther King Day, two days after the Irishman was back on top of the MMA world with his 40-second win over Donald “Cowboy” Cerrone at UFC 246. 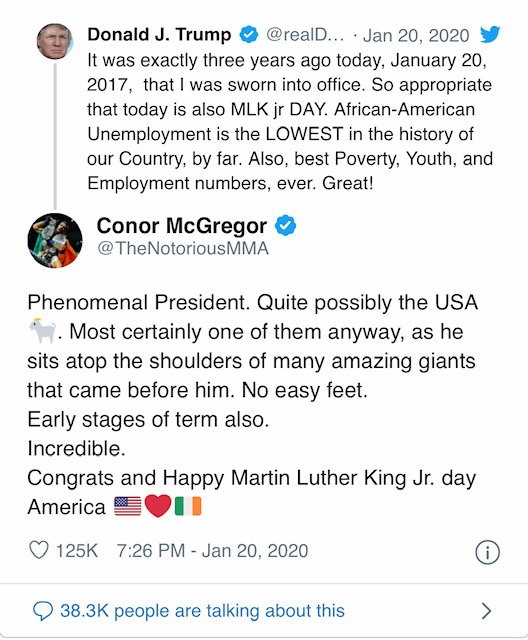 Pretty interesting turn here. Conor McGregor few years ago had a much different idea of President Trump. It’s interesting to see here and the reason we are covering this is we feel like let’s be fair and honest. Anytime a celebrity or athlete goes on bashes Trump the sports world talks about it. It’s sort of ironic now that an athlete (from Ireland) comes on and praises Trump and it’s crickets. So whatever, you think of Trump just wanted to make sure that this known.