During the weekend video emerged of a man kissing his what was his mistress at a soccer game. Everyone thought it was Barcelona FC (home of Messi) turns out it was Barcelona in Ecquador. Whatever. If you missed the video here it is:

Don’t bring your side chick to watch Messi ?

The guy got caught red handed and literally knew it. Well he admits he was cheating and thinks it’s women fault anyways.

Football fan who was caught looking VERY guilty after cameras filmed him kissing the woman next to him at a match admits he WAS cheating on his partner https://t.co/WrNnGtMSSo

[Source] – Since getting called out, he has taken to Facebook and Instagram to tell his story, but oddly appears to be blaming women (just, you know, in general) for the situation he’s gotten himself into.

‘If it was a woman was in my place what would you do?,’ he writes. ‘Various videos have been circulating of unfaithful women but they haven’t been made fun of as much as me. I hope you never have to be in my position.’ (edited) ‘I’m going to defend my honour and my pride as a man until the end…

He quickly during the interview changed his tune and basically asked for her to take him back like he was Usher or some R&B singer:

‘I am really sorry and this is why I’ve come out in public to comment on this nonsense, so I can ask you to forgive me.

‘I’m so confused but I want to get you back.’

The man was identified as Devyi Andrade and poor guy his picture is everywhere: 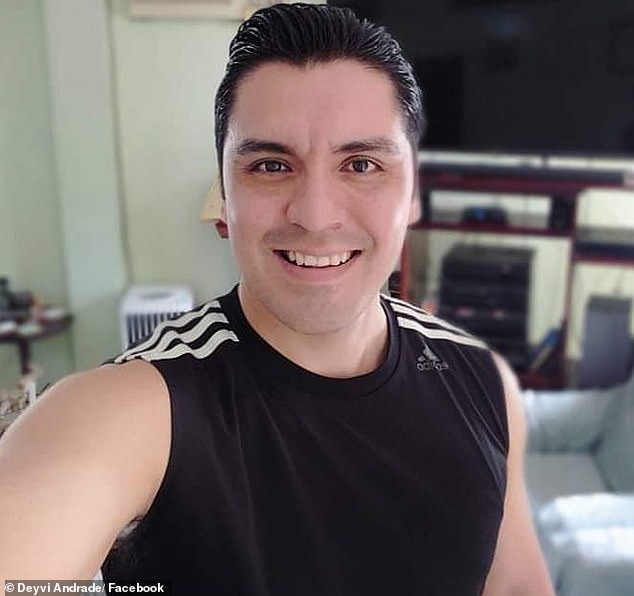 I guess the good news is he can always say he is now somewhat famous.