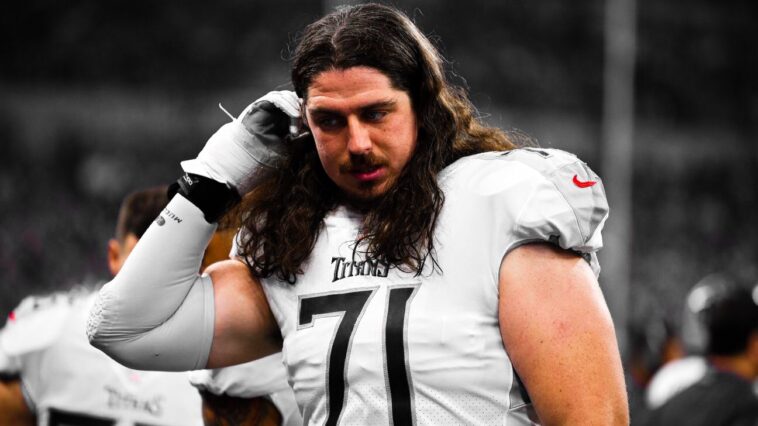 Can you tell Mike Vrabel coaches The Titans? Mike Vrabel is an expert in big man touchdowns. Vrabel had 10 catches in his NFL career on 14 targets. All of them for touchdowns. Vrabel was an outside linebacker and during his Patriots day they used to throw him the ball. And now Vrabel is calling offensive line passes for The Titans. Dennis Kelley is 321 pounds and that makes him the heaviest to ever catch a TD in the playoffs.