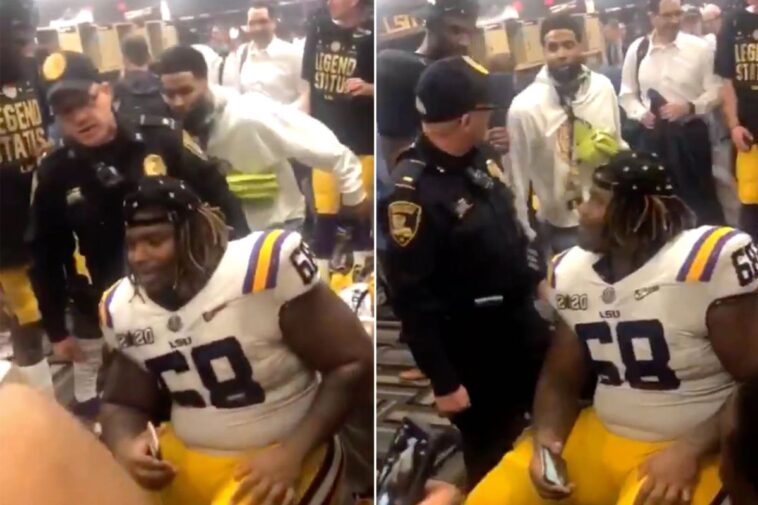 An arrest warrant in New Orleans has been issued for Odell Beckham Jr. for simple battery after he slapped a police officer during LSU’s national title celebration, according to multiple reports.

The 27-year-old Browns star receiver smacked the butt of a security guard who was chastising Tigers players in the SuperDome locker room following LSU’s 42-25 win over Clemson in the national title game on Monday night.

This wasn’t the only incident of the night, as Odell decided to illegally hand out cash to LSU players on the field after their win…

The incident appeared to be put on Instagram by LSU offensive lineman Andrew Magee and surfaced on multiple websites on Wednesday. Beckham starred at LSU and was drafted in the first round of the 2014 NFL Draft by the Giants.