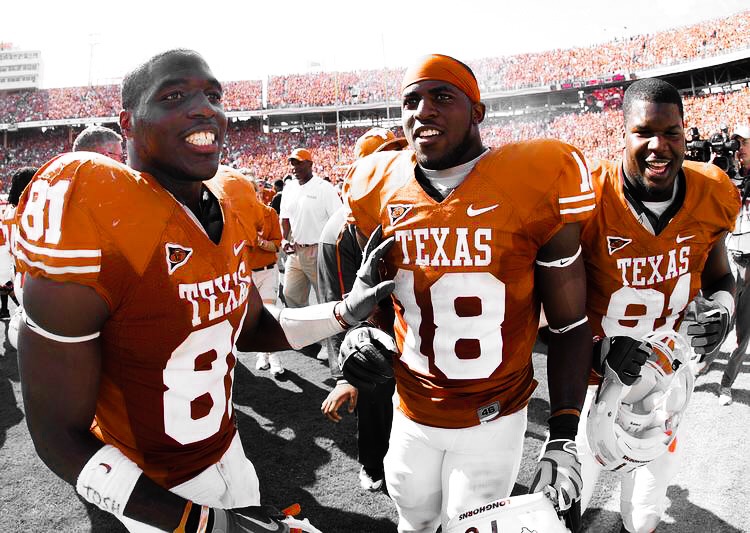 Discussing the LSU money situation with Odell Beckham Jr. handing out cash to players after the #CFBPlayoff, Emmanuel Acho said Texas DBs were given $1,000 for every INT in the 2010 BCS National Championship:https://t.co/NQOiIe55Qz pic.twitter.com/XkiXVebxoQ

All the talk in the College Football world is about OBJ giving out money to LSU players after The National Championship Game (real or fake money is yet to be determined). And today on ESPN Emmanuel Acho who is a former Texas Long Horn decided to talk about his money getting times at The University of Texas:

“We went to the national championship game in 2009 and … it was public to the team, for every interception the defensive back got, they were going to get $1,000,” Acho said of Texas’ 37-21 loss to the Crimson Tide on Jan. 7, 2010. “For every pick y’all got against Alabama in the national championship game, you’re going to get $1,000. Now, the difference is we just didn’t do it publicly on the field.”

Whoa. Great job of being a complete snitch here by Acho. And only $1k per interception at Texas? Come on that’s pretty cheap for a National Championship interception. But anyways Acho decided to try to walk back his comments on Twitter:

Addressing my comments about Texas Football earlier from @GetUpESPN.

I have no proof that anybody on our ‘09 team ACTUALLY got paid by our NFL alumni. Those were lockeroom convos in jest pre game. Our alumni came to the game and supported us, but again no money changed hands.

The former coaches nor University of Texas had anything to do with it. This was just a motivational conversation between players, past and present.
Thanks, and Hookem.????

Yikes. Going to be a bit busy in The NCAA Investigation offices these days.