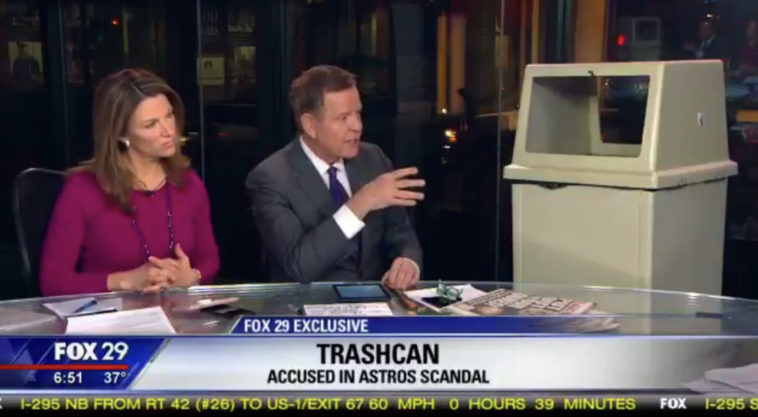 Now that the punishment has been handed down for The Houston Astros in the sign stealing scandal it’s time for the jokes. At least that’s what one Philadelphia News station decided it was time for. How did they cover the controversy? Well, by pretending to interview a trash can (remember The Astros were said to have banged on trash cans to send signals).

'WORST JOB IN SPORTS': Trashcan, also known as T.C., goes on the record about the Astros cheating scandal. #Fox29GoodDay

Here’s a bit of what the trash can, nicknamed T.C., said during its interview.

“I’m just sitting there and I was beat over and over and over. Nobody cares about my feelings. It took me two years to get all the dents out. It’s the worst job in sports. Have you seen a baseball dugout? They never use me. There’s stuff all over the floor.”

Pretty funny. I do feel bad for them because that seems like a trashy (pun intended) interview to have to conduct.