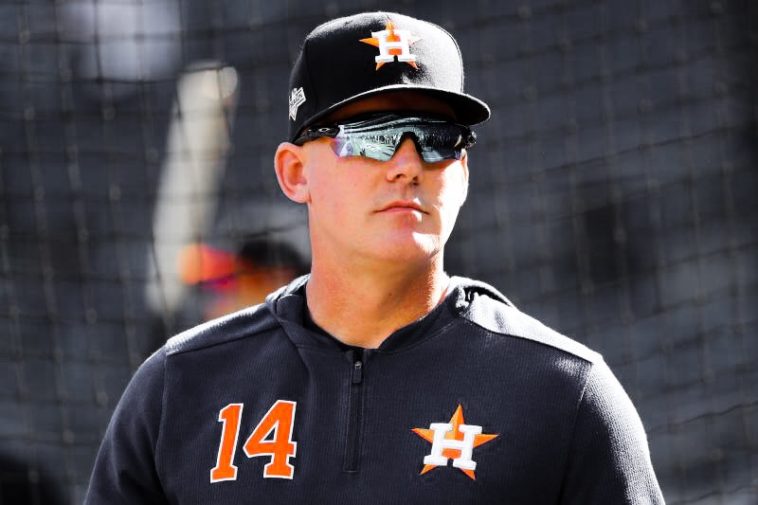 The MLB has come down hard on The Houston Astros. After the cheating allegations and footage that helped them claim the 2017 World Series:

BREAKING: Houston Astros GM Jeff Luhnow and manager AJ Hinch have been suspended for one year after an MLB investigation found the team used technology to cheat during its World Series-winning 2017 season, sources familiar with the punishment tell ESPN.

Additionally, MLB will fine the Astros $5 million and take away their first- and second-round picks in the 2020 and 2021 drafts, sources tell ESPN.

No players were disciplined by Major League Baseball in the Astros' investigation. While Mets manager Carlos Beltran was part of it, he was a player at the time and thus was not suspended.

Discipline for Red Sox manager Alex Cora is coming. It is going to be harsh, per sources.

Honestly, I thought some players would be suspended and maybe take away The World Series. But this is proper punishment. The GM and Manager gone for a year, hopefully 1st and 2nd round picks in the next two drafts really harm their farm system. I can’t stand The Astros ( Mariners fan here) so seeing the MLB drop the hammer just feels good. There will be more to come.