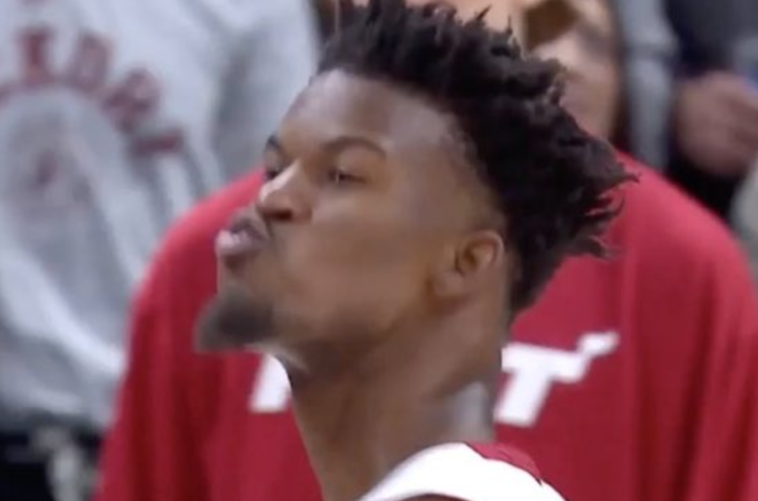 Tonight in the NBA Miami Heat’s Jimmy Butler and TJ Warren of The Indiana Pacers really got into it. And it led to Jimmy Butler blowing kisses to TJ Warren giving him the middle finger. Here are some of the best moments and how it all happened:

Butler and Warren had to be separated ?? @SONTHoops

Jimmy Butler and TJ Warren led by this

This led to TJ Warren the middle finger then get ejected and followed by a kiss good-bye from Jimmy Butler.

After the game Jimmy said That TJ Warren wasn’t in his league:

“He’s not even in my f*cking league…” – Jimmy Butler on TJ Warren ??. @SONTHoops

And then he circled the next Pacers game on the calendar and tagged TJ Warren on Instagram:

Jimmy Butler circled the next Pacers game on the schedule and tagged T.J. Warren ? @SONTHoops pic.twitter.com/8yvwhhcwYY

March 20th, put it in your calendar because we are going to get fireworks. Let’s hope for a Miami Heat versus Indiana Pacers playoff series.