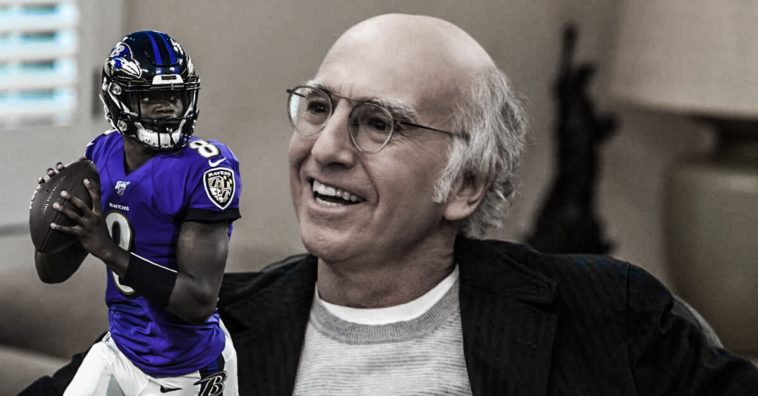 Larry David knew Lamar Jackson was the man from the beginning

Look, if you follow any of my podcasts or have been following me on Twitter you are probably well aware I am a huge fan of Sam Darnold on The Jets. But, you got to admire Larry David’s scouting skills here. He knew Lamar Jackson was a stud from the beginning. I have always wondered if Lamar Jackson would be as good if he was in a different (shitty) organization like The New York Jets. Would they build the offense around his talents? Probably not. The genius of Baltimore is that John Harbuagh and company built an offense that allowed Lamar to succeed. Would every organization do this? Probably not. But would Larry David do so? Absolutely