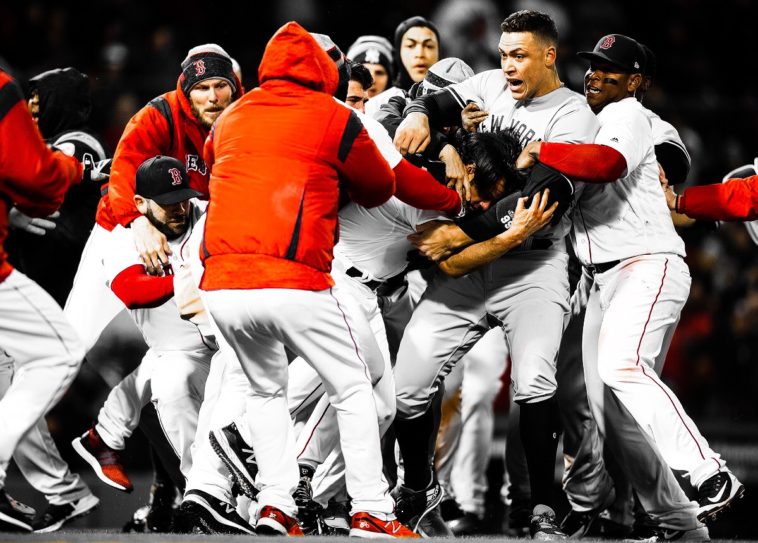 We have more sign-stealing controversy in Major League Baseball this time led by The Boston Red Sox on their 2018 World Series Run:

Three people who were with the Red Sox during their 108-win 2018 season told The Athletic that during that regular season, at least some players visited the video replay room during games to learn the sign sequence opponents were using. The replay room is just steps from the home dugout at Fenway Park, through the same doors that lead to the batting cage. Every team’s replay staff travels to road games, making the system viable in other parks as well.

Red Sox sources said this system did not appear to be effective or even viable during the 2018 postseason, when the Red Sox went on to win the World Series. Opponents were leery enough of sign stealing — and knowledgeable enough about it — to constantly change their sign sequences. And, for the first time in the sport’s history, MLB instituted in-person monitors in the replay rooms, starting in the playoffs. For the entire regular season, those rooms had been left unguarded.

So it seems like it wasn’t some elaborate system like The Astros were allegedly using but some what of a little bit of a taboo thing to do that is somewhat cheating but more frowned upon than anything else.

Brandon Taubman, the assistant general manager fired by the Astros during the 2019 World Series, confronted a Yankees employee in center field at Yankee Stadium in May of 2018. The Astros at that time believed the Yankees were using a camera to zoom in on the catcher’s signs. According to a source, the Astros did not push the matter with the league at the time, but during the course of the ongoing current investigation have brought it back to MLB’s attention.

As far back as 2015, the Yankees used the video replay room to learn other teams’ sign sequences, multiple sources told The Athletic.

I love that The Astros did not push the matter to the league. No way?! The team that might be the biggest cheating team of all time didn’t want to investigate another team for cheating? Great.

By 2017, with rules governing electronic sign stealing still lacking the specificity that would come the next season, the Red Sox, Yankees and Astros were all using their replay rooms to help decode sign sequences in some way, sources said. There are indications other teams did so as well. One National League general manager expressed a feeling that it was fair game.

There you go. Pretty bland news but when I saw the headline I thought we were about to have another huge controversy. Seems like these teams were all cheating to some small extent but nothing that could warrant a hammer to come down on them.