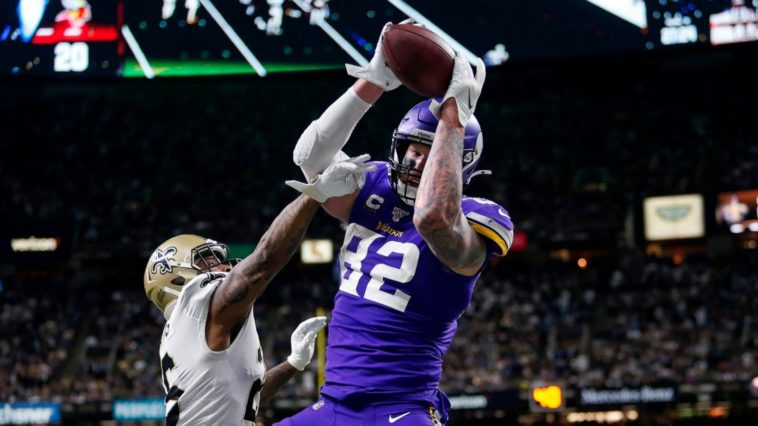 The Minnesota Vikings were the biggest underdogs (+7.5) going into the NFL Wildcard weekend. Vikings traveled to New Orleans and showed the Saints why the Vikings made him one of the highest paid quarterbacks in the NFL. Kirk Cousin helped drive the Vikings down the field in OT and threw the two biggest plays of the game to win it.

Live look at Kirk Cousins heading back to Minnesota after The Vikings win #Skol pic.twitter.com/de82kiPJZk

“YOU LIKE THAT?!” KIRK COUSIN BIG BALLS SUNDAY!!! pic.twitter.com/1kfKdgryJ6

Kirk Cousins and the Vikings go into New Orleans and BEAT the Saints in OT ?? #SKOL pic.twitter.com/IXoUMkDth1

Cousin pulled out the classic line that he is known for: “YOU LIKE THAT?!”

The Viking fans are dancing on The Saints grave #Skol @SONTHighlights pic.twitter.com/7Ei4ZF3Q7Z