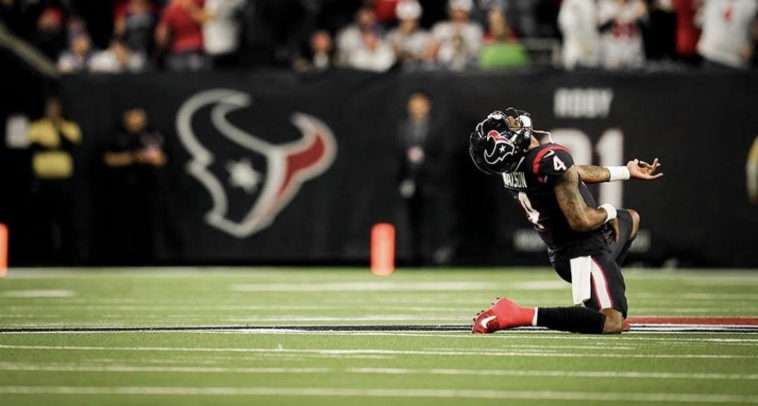 The Houston Texans came back from a 16-0 deficit to defeat The Buffalo Bills 22-19 in overtime. This game featured many big plays but the biggest play in overtime where Deshaun Watson set up The Texans for the game winning field goal by avoiding a sack:

Some of the best parts of the game came from ESPN announcer Booger McFarland where he wanted the Bills to go for a draw on 3rd and 10 then spike the ball :

Booger really wanted The Bills to run a draw play and spike it on 4th down.. #billstexans

Or when he said you can’t make that YOLO Throw:

And many critiqued Booger’s drawing skills:

The Texans will move on to the 2nd round of the playoffs where they’ll play either The Chiefs or Ravens: