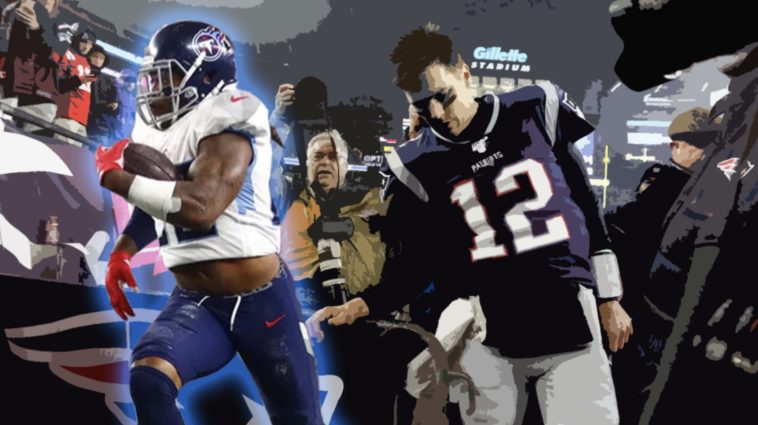 Well, this was weird, not only did the New England Patriots lose week 17 to the Dolphins and blow a chance of a first round by, but now it got even worse. The Patriots played at home against the Tennessee Titans and Derrick Henry ran all over them to get the win and the Patriots lose in the first round…

Ryan Tannehill and Derrick Henry go into New England… WIN & the #Titans might have ended the Patriots dynasty… ??? pic.twitter.com/L4ohK4Wyj3

Henry literally had all 75 yards on this #Titans touchdown drive ? pic.twitter.com/mxKLyrIVsy

Tom Brady yells, “Julian, get in your spot!” and then hands it off to Edelman for the TD.

If this is the end of The Brady and Patriots dynasty.. this is a weird way to end

Now, is this the end of Tom Brady?