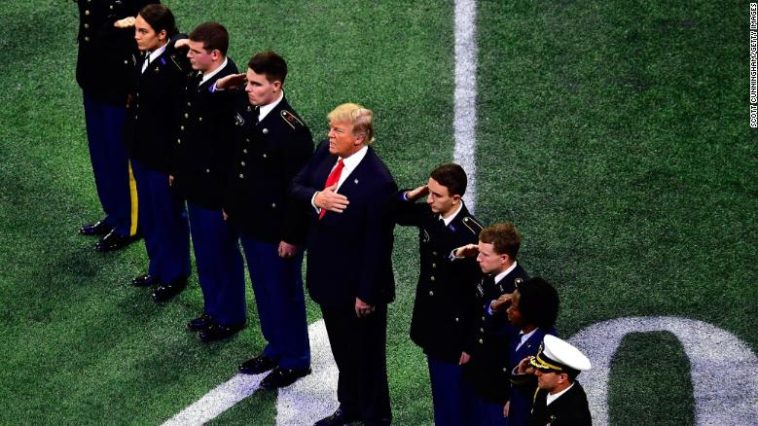 There are two undefeated teams, a program on the cusp of a dynastic run and two quarterbacks who are targeted as the No. 1 picks in the next two NFL draft. The specter of No. 1 LSU’s game against No. 3 Clemson already projects as a seminal American sporting event. All, of course, playing out amid the home-cooking bacchanal in the LSU stronghold of New Orleans.

“It adds to the fact that this is the most anticipated college football game of the century,” said James Carville, the political strategist-turned-political commentator, who is based in New Orleans. “At least going into it, it’s either this or USC-Texas [in 2006].”

This marks the second CFP title game President Trump has attended during his tenure, as he was at Alabama’s overtime victory over Georgia in January of 2018. He also went to LSU’s victory at Alabama in Tuscaloosa earlier this season and has attended multiple Army-Navy games.

“It’s awesome that he’s going to be there,” Radakovich told Yahoo Sports on Friday. “It shows the magnitude of college football that the president would take time out of his schedule to make an appearance at the biggest game of the year in college football.”