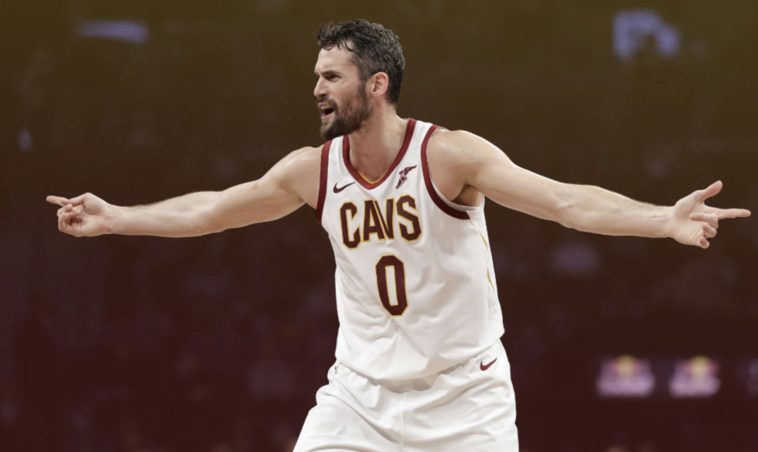 This has been made clear on and off the court, Kevin Love wants out of Cleveland. He is yelling at management and he is quitting on the court…

Kevin Love would probably like that trade to happen soon, please.

The Cleveland Cavaliers big man made his displeasure over his team’s direction with “an emotional verbal outburst toward general manager Koby Altman” during shootaround on Saturday, according to The Athletic’s Shams Charania.

Kevin Love had a "verbal outburst" toward Cavs GM Koby Altman today, per @ShamsCharania and @joevardon

Love reportedly expressed "displeasure and disgust with the organization." pic.twitter.com/sYl6UNys3h

Kevin Love was fined $1,000 by the Cavs for this outburst on the bench, per @ShamsCharania

Kevin Love reportedly told Cavs GM Koby Altman, “Go ahead. I have plenty of money.” after Altman threatened to fine him last season after a similar outburst.
pic.twitter.com/4StYaWJIbq

Love was reportedly screaming in front of his teammates and coaches that there was “no feel here” and expressed his disgust with the organization. He went on to not-so-subtly hint at his feelings after the shootaround with an Instagram post.

He ended up playing today and still starting, but basically gave up on the team…