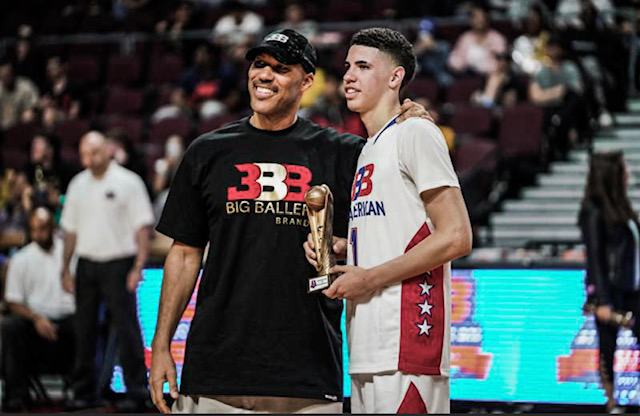 Corey Williams who is a reporter in the NBL (New Zealand; where LeMelo plays) came out with a video and reported that LaMelo was being offered $100 Million Dollars and a private jet from a sneaker company. Which company? Not sure but here’s the video:

BREAKING NEWS: A source close to me in the USA have just told me @MELOD1P has been offered $100MILLION & A PRIVATE JET to sign a Sneaker Endorsement Deal. With an offer like this, no way he isn’t going #1 in the @nba 2020 Draft. pic.twitter.com/IJ33N4s4E5

Can’t say I am 100% certain how credible this is. But Corey has a blue check, and is more connected to LaMelo then any of us are. Could this just be LaVar running his mouth and spreading lies? Sure. But let’s put this in perspective.  LeBron James got $90M as a rookie, Zion just got $75M from Jordan Brand, Durant got $60M, and here comes LaMelo Ball with an offer that is more than all of those guys including a private jet. So that would be pretty nuts. It seems like he’ll most likely go 1st overall in the NBA draft as well. So if these rumors are true we’ll find out soon. But safe to say LaMelo’s adventure in New Zealand as worked out for the best.

Every highlight, all of them (there were a lot) from LaMelo Ball's triple-double against the Cairns Taipans ??