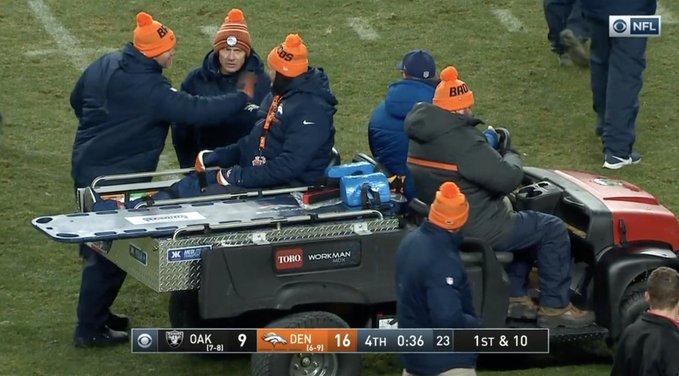 With less than a minute remaining in The Broncos vs Raiders game. A fan ran on the field. We see this all the time. However, this time it was different. As security was trying to tackle the fan, the security guard got injured and had to be carted off the field. Videos and pictures below.

A drunk fan ran on to the field during the #Raiders–#Broncos game and the security guard chasing him got hurt. Now he's being carted off with an aircast. pic.twitter.com/NDo5o6wBlx

Security guard gets hurt tackling a fan who ran on the field in the Broncos Raiders game pic.twitter.com/N2DJ0raKpO