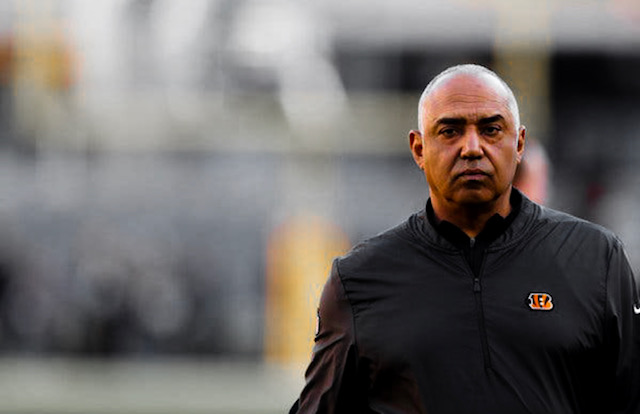 NBCSW – Multiple sources have told NBC Sports Washington that Marvin Lewis could be a top candidate. The former Bengals head coach is now an assistant at Arizona State University, but he has previous coaching experience with the Redskins as a defensive coordinator in 2002 and is said to have a solid relationship with Washington owner Dan Snyder and others in Ashburn.

Multiple sources have told me that Marvin Lewis is a very real contender for the Redskins head coaching job. He’s not the only one, but the interest is there. https://t.co/IvtBremE8E

Alright, so here is the thing. Marvin Lewis seems like a great man. Also Marvin Lewis took the Bengals to a ton of postseason appearances. But what can Marvin Lewis not do? He can’t win playoff games, this is as mediocre as it gets. If you want a bunch of 9-7 and 10-6 finishes with one and done playoff exits then Marvin Lewis is your man. But, if you are a Redskin fan I’m sure you are looking for bigger and better things.