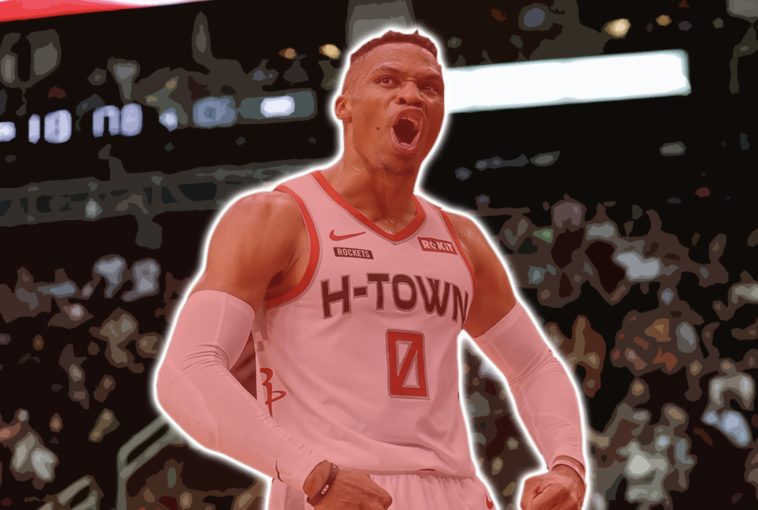 Things seem to have changed pretty quickly in Houston… The Rockets decided to trade Chris Paul and find a way to get Russell Westbrook to help Harden get closer to a championship. Well, Westbrook is doing his usual thing, and it looks like the Rockets would mind getting something different in return for Westbrook…

Ryen Russillo of The Ringer:

“I think Westbrook is available. We can talk about semantics Of course, Daryl Morey would trade anyone if he thought it made his team better. Of course, he would trade Westbrook if he could get off of that long-term money, if he thought the assets, the sum of the parts was better than having somebody that’s considered a top-10 player.

Is Daryl Morey actively calling people, saying, “Hey, I’ve got to dump Westbrook?” Well, of course, he wouldn’t do it that way. But there are people who believe Westbrook is available and that Daryl knows, “I’ve got to figure something out here.”

I’m sure people will deny this after they hear it on the podcast. I don’t care.”

According to @ryenarussillo, Russell Westbrook could be available via trade
???
“There are people who believe Westbrook is available and that Daryl knows, “I’ve got to figure something out here.”

James Harden already leads the league in misses, but with Westbrook atop the list as well, that makes things difficult.

Of course this rumor comes a few days after the Houston Rockets couldn’t beat the 7-win Golden State Warriors on their Christmas Day, nationally televised, showdown…

“Hey Russell Westbrook: did the Rockets beat the 7-24 Warriors on Christmas?” pic.twitter.com/KCNVmMVC5S