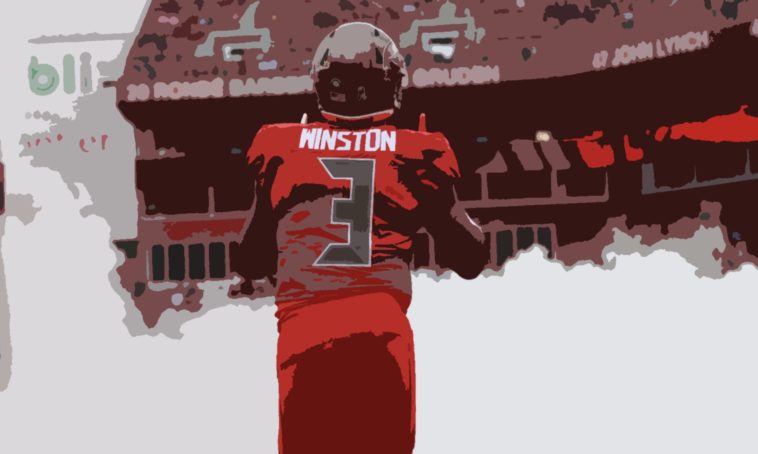 The Tampa Bay Buccaneers reportedly want to bring back Jameis Winston for at least another year to work under head coach Bruce Arians. That may not happen if the rumor of his what he wants prove to be true.

According to JC Cornell of Draft Network, Winston is looking for over $30 million annually in a contract extension and would be “extremely unhappy” with a franchise tag.

I have heard Jameis is looking for over $30M a year in an extension. Would be extremely unhappy with a franchise tag. There are other markets that would value Jameis much more than Tampa Bay. Chicago comes to mind.

Through 15 games in 2019, Winston has thrown for 4,908 yards, 31 touchdowns, but also has an NFL-worst 28 interceptions while completing 61 percent of his passes and posting a passer rating of 84.6. he has logged in 4 games of four or more picks this season, including this past Saturday’s loss to the Houston Texans.

The former No. 1 pick in the NFL draft is having an oddly amazing and awful season all at the same time… Which might explain the 7-8 record, almost right in the middle…