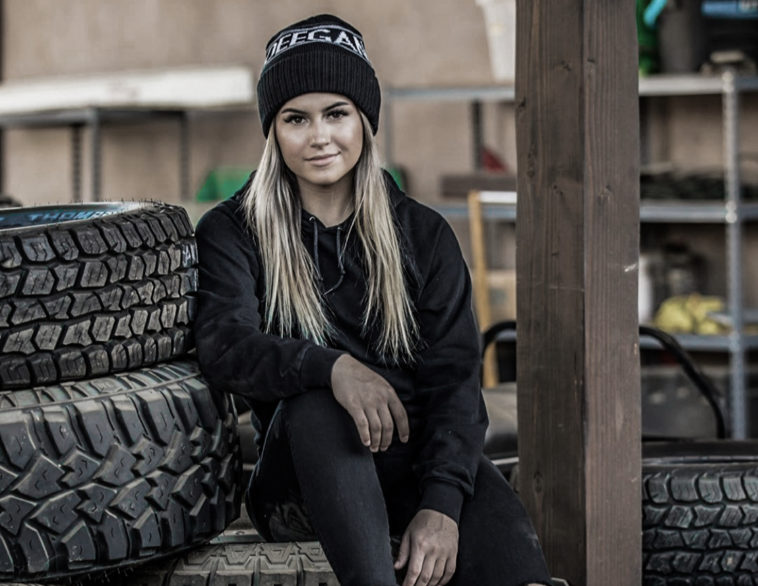 There’s big news in the NASCAR world as Hailie Deegan has been taken away from Toyota and signed by ford.

SOURCE–Ford Performance announced Tuesday the addition of Hailie Deegan to its driver development program, ensuring that the next steps of the rising star’s stock-car racing career will be made with the automaker’s backing.

The groundwork for that progression was spelled out in the mid-December announcement, with Deegan slated for a full 20-race season in the ARCA Menards Series, plus select sports-car events in a Mustang GT4 in the IMSA Michelin Pilot Challenge. Her ARCA schedule will be contested with the DGR-Crosley organization, which made its own switch to Ford last Wednesday.

Pretty awesome news as Deegan is a budding star in NASCAR as she won two races in the past year. Oh and let’s not forget. She JUST turned 18. So she’s super young and has huge potential in the sport.

The one day a year I wear a dress is over. Praise the Lord?. Only thing left to do is get those 2020 plans finished

She currently races in the K&N pro series. The steps after that is to move up to trucks and then Xfinity before eventually seeing her in the main cup. The goal I am sure is for her to come up in the next few years. And according to numerous articles around the internet the goal is for her to be in the main competition by 2022 or 2023.

Nobody hates the cold more than me, but if you hate the cold too you should snag one of the NEW beanies we just dropped on the @shopdeegan38 website ?

Getting back in the Arca car this weekend! Racing at Lucas Oil Raceway in Indy?

Man talk about a rough race. We had a solid setup coming from practice and qualifying then the track tightened up a lot more then expected in the race. We fought that until we got in a few lil mishaps?. That’s racing. Leave the bad, take what we learned from this race and move on to the next one

Had a good time last night at the @floridageorgialine and @danandshay concert ?