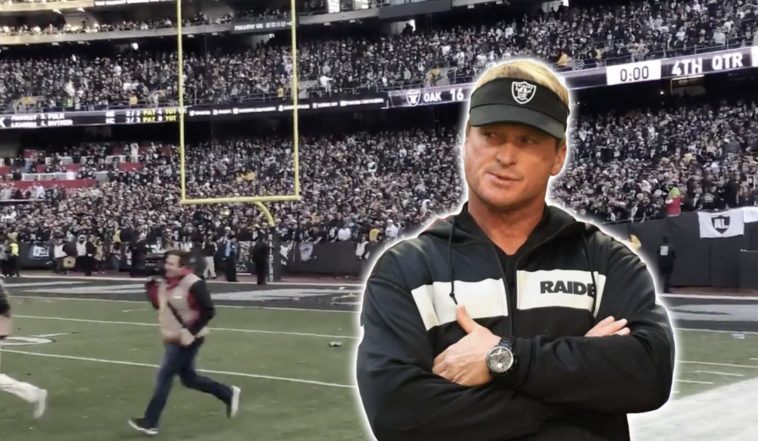 As we all know the Oakland Raiders are moving Las Vegas for the next season. Jon Gruden and the team will be headed to Sin City and be the first NFL team in Nevada. Well, this was the last game in Oakland and the fans were ready for a win as the Raiders had a lead over the Jacksonville Jaguars for most of the game. Think again, the Raiders blew a lead and lost with under a minute to go…. The fans weren’t happy:

Raiders fans started throwing trash on the field after losing their final home game in Oakland ?

Raiders fans at the Coliseum were throwing trash onto the field and booing the team after an epic blown loss during the last game ever (for now) in Oakland. Oh yeah, Derek Carr got boo’ed off the field too:

Derek Carr gets booed off the field after the #Raiders blow a 4th quarter lead in their final game in Oakland.