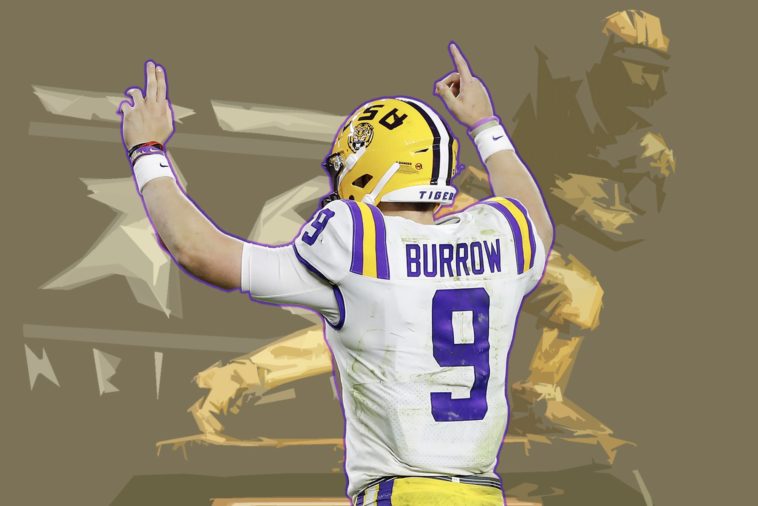 There’s only one major trophy remaining for Joe Burrow to lift up this college football season. The LSU quarterback on Saturday won the Heisman Trophy, given to the most outstanding player in college football. He beat out fellow quarterbacks Jalen Hurts (Oklahoma) and Justin Fields (Ohio State) and defensive end Chase Young (Ohio State) to hoist the 85th edition of the award at the PlayStation Theater in New York City.

Burrow finished with the largest margin of victory in Heisman history, as 1,846 points separated him from second-place Hurts. He also received a record 90.7% of all the first-place votes available and was named on 95.5% of ballots, another record.

Joe Burrow and Coach O both got emotional as he breaks records being the biggest Heisman Trophy winner in history in terms of margin of victory ?? pic.twitter.com/J2vJXyL9JI

‘You have no idea what you mean to my family.’

An emotional moment for Joe Burrow and Coach O. ?