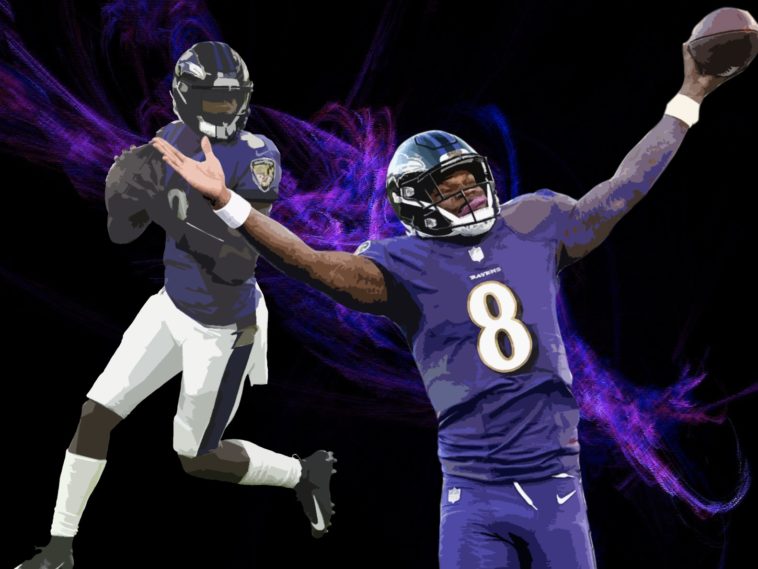 Ravens quarterback Lamar Jackson broke the single-season quarterback rushing record in the first quarter against the New York Jets on Thursday night. Jackson needed just 23 yards to break the record held by Michael Vick, who ran for 1,039 yards in 2006.

Most rushing yards in one season from a QB.

"I appreciate everything you do for the game."

Literally everyone wanted to jersey swap with Lamar postgame. ??

Lamar Jackson and Mark Ingram should have their own show one day after retirement ? @SONTHighlights