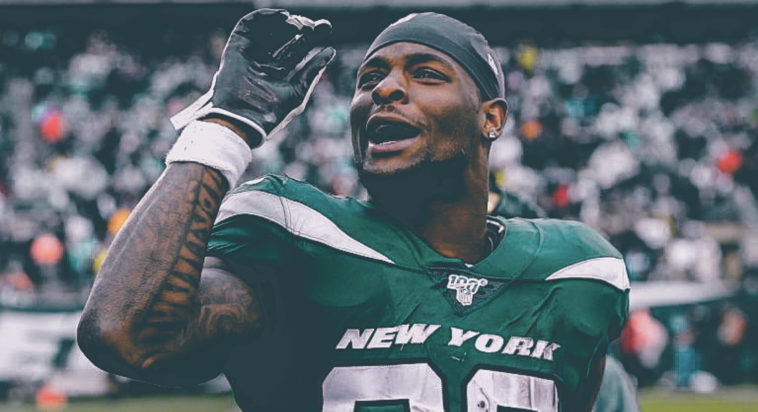 Le’Veon Bell didn’t play The New York Jets game Sunday against The Miami Dolphins because he was ruled out with the flu and was too sick to play. But he wasn’t too sick to go bowling all night long.

Le'Veon Bell went bowling all night after Jets ruled him out with flu https://t.co/HihQAdrz6h pic.twitter.com/yts1R2I0EU

The Jets running back, who missed Sunday’s win because of the flu, spent Saturday night at a New Jersey bowling alley, according to sources. One source also had photos that show Bell at his lane.

Apparently he felt well enough to bowl a few frames Saturday, though. Sources said he was at Boonton Lanes, which is not far from where the Jets train in New Jersey, from around 10:30 p.m. to close to 1 a.m., when the bowling alley closed. Bell was easy to spot in orange leather pants.

Bell’s party had alcohol on its table, but it was unclear if Bell himself was drinking. An eyewitness said Bell seemed to be having a good time bowling and had a driver outside keeping a white Mercedes-Benz warm for him.

While Bell was bowling, his team was at a hotel near the Meadowlands making its final preparations for the game with the Dolphins.

Yikes. This is one of the most Jet stories ever. The team has won 4 out of their last 5 and should really be on a 5 game win streak if they knew to show up against The Bengals. Instead of being 6-7 they are 5-8 and this season has been sort of a lost cause. Sam Darnold got mono earlier in the year. Then reports came out that after a win a few weeks ago they had to carry a drunk Sam Darnold out of the club. And now we got Le’Veon Bell giving zero shits and goes bowling all night while his team is preparing for an NFL game. The Jets finish the season with 3 teams in playoff positioning in Baltimore, Pittsburgh, and Buffalo so this 4 out of 5 could easily become 4 out of 8. If I am his teammates and coaching staff I’m furious over Le’Veon Bell, who seems like is only about getting paid and not much about playing football.