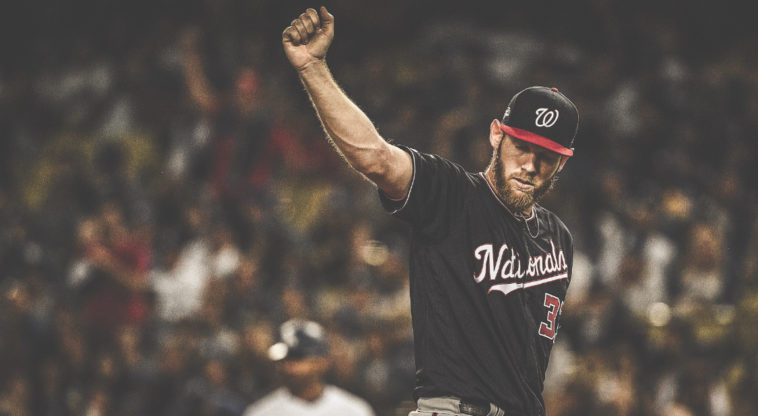 Here’s more good news for Washington National fans after winning The World Series. Steven Strasburg is returning to The Nationals. And it’s for a whole lot of money.

BREAKING: Stephen Strasburg to sign a deal with the Washington Nationals for seven years, $245 million (per @JeffPassan) pic.twitter.com/8hCbOKyRF8

Source: Stephen Strasburg reportedly agreeing to a new contract worth $245 million over seven years, according to Jeff Passan of ESPN.  Jon Heyman of MLB Network first reported the two sides came to an agreement Monday. Strasburg became a free agent after opting out of the final four years and $100 million remaining on his deal with the Washington Nationals.