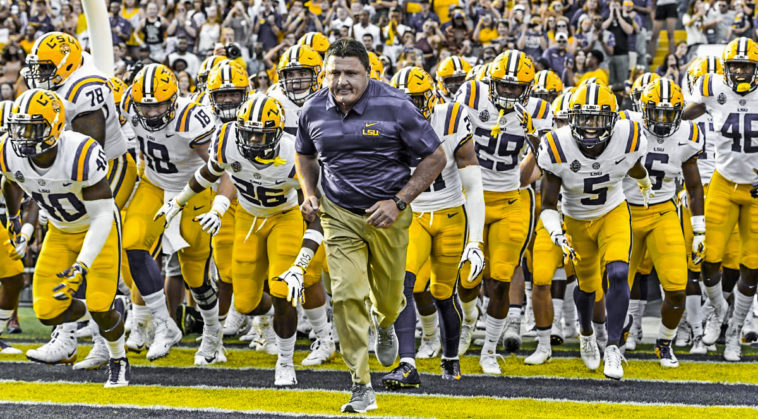 No. 2 LSU had a lot on its mind Saturday night inside Mercedes-Benz Stadium. In addition to ensuring it won the SEC Championship Game to capture its first league crown since 2011, finish the 2019 season undefeated and clinch a spot in the College Football Playoff, the Tigers wanted to make a statement to those that demoted them from the No. 1 ranking they held for a large part of the season.

LSU ran through No. 4 Georgia 37-10 on Saturday night, taking advantage of the injured Bulldogs by striking fast offensively while holding the SEC East champions to three points through three quarters. The Dawgs added a touchdown late but were unable to consistently stop a Tigers offense that is as impressive as any nationally.

LSU wins its first #SECChampionship since 2011 ?

Joe Burrow joins other legendary Tigers on top of the conference. pic.twitter.com/3oaUzKqsjz

The SEC Championship Is Not Our Final Destination pic.twitter.com/00I0m7L0VH

On Saturday, it was in Atlanta for the SEC title.

In three weeks, when the playoffs start, it could be in Phoenix or back in ATL.

Doesn’t matter where or who.@LSUFootball thinks they're the country's best.

Coach O and Burrow are hard not to like ? @StuffMattersPod