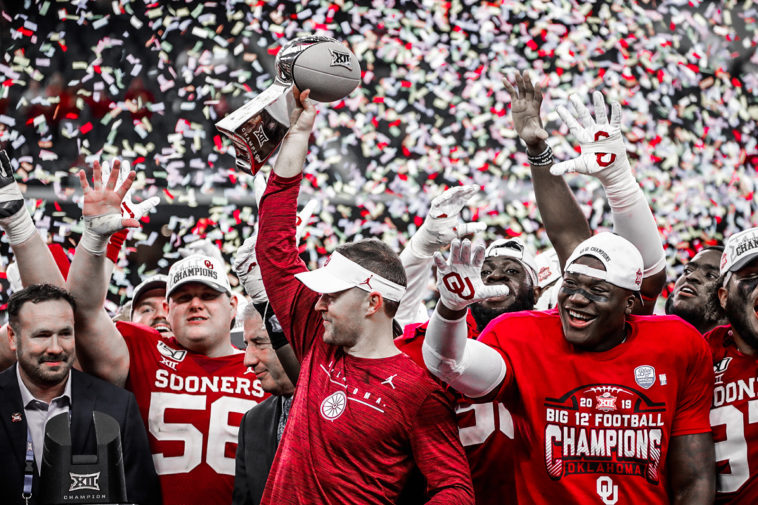 Thought a rematch between No. 6 Oklahoma and No. 7 Baylor was a stale storyline for the Big 12 Championship Game? Think again. The first Power Five conference title game of Saturday went to overtime with the Sooners prevailing in a back-and-forth battle 30-23. Unless No. 4 Georgia beats No. 2 LSU in the SEC Championship Game, the Sooners should be College Football Playoff-bound. It would mark the fourth straight trip to the playoff for quarterback Jalen Hurts, dating back to his days at Alabama. It also marks Oklahoma’s fifth straight Big 12 title.

“I got 5 on it!” pic.twitter.com/fIweWihITa

Defense wins championships ?@OU_football's defense once again came up big when they needed them most. pic.twitter.com/ITFZWe548p

The Oklahoma Sooner will likely get the No. 4 ranking and make the College Football Playoffs.

Although, Baylor still had the BIG play of the day, this was a total big time matchup.