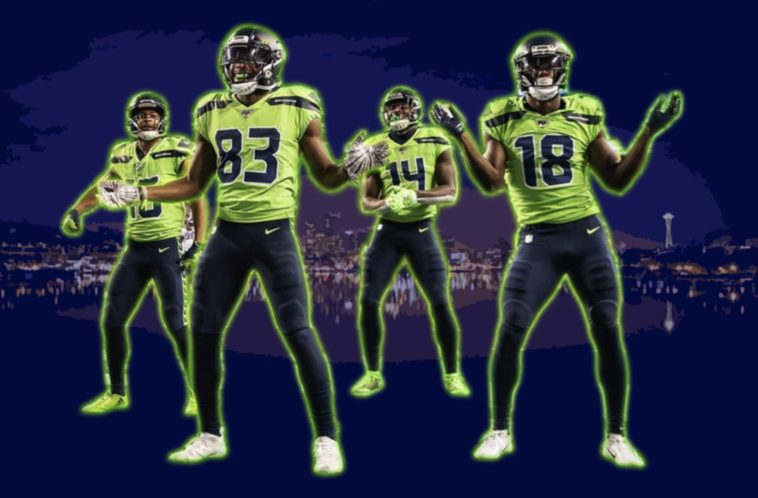 The Seattle Seahawks are out here having a blast and we don’t blame them! The Seahawks have moved into 1st place of the NFC West after beating the Vikings on Monday Night Football and moving to 10-2 on the year. It was also time for a new Seahawks choreographed wide receivers dance, and what a better time than on ESPN after a 60-yard touchdown to go up 27-17:

The celebration came straight from the music video for New Edition’s 1988 hit “If It Isn’t Love.” Moore and company nailed the choreography, which synced up perfectly with the original version.

“That was something we’ve been practicing,” Moore said after the Seahawks’ 37-30 win. “We love old-school, we love just having fun and New Edition was the plan tonight.” Brown added: “We knew we had to hurry up and do it real fast because it was gonna take awhile. So we were just hoping we didn’t have to call a time out.”