So there’s a ton to unpack here. Cristiano Ronaldo didn’t attend the Ballon d’Or which is essentially the best player in Europe award. Yesterday was also the Serie A awards in Italy and with Ronaldo not having a chance to win The Ballon d’Or he skipped the ceremony to go to the Serie A award knowing he’d win that award. But apparently he delayed the ceremony by sitting in the car and also using his sister’s IG to roast other players.

UNBELIEVABLE!
Cristiano Ronaldo waited in his car for the moment in which he had to be awarded MVP Serie A award!
Then when the time came, he finally get out to enter the theatre, while his bodyguards pointed torchlights to cameras! https://t.co/8A51G9Tatp

Was she really the one who wrote that or Cristiano himself?

Apparently there was an earlier post, then edited, that shows Cristiano talking in first person… pic.twitter.com/OhxdQPrL2n

In the English translation, it goes “The mafia will never be side of the weak” pic.twitter.com/On1RlkLSYO 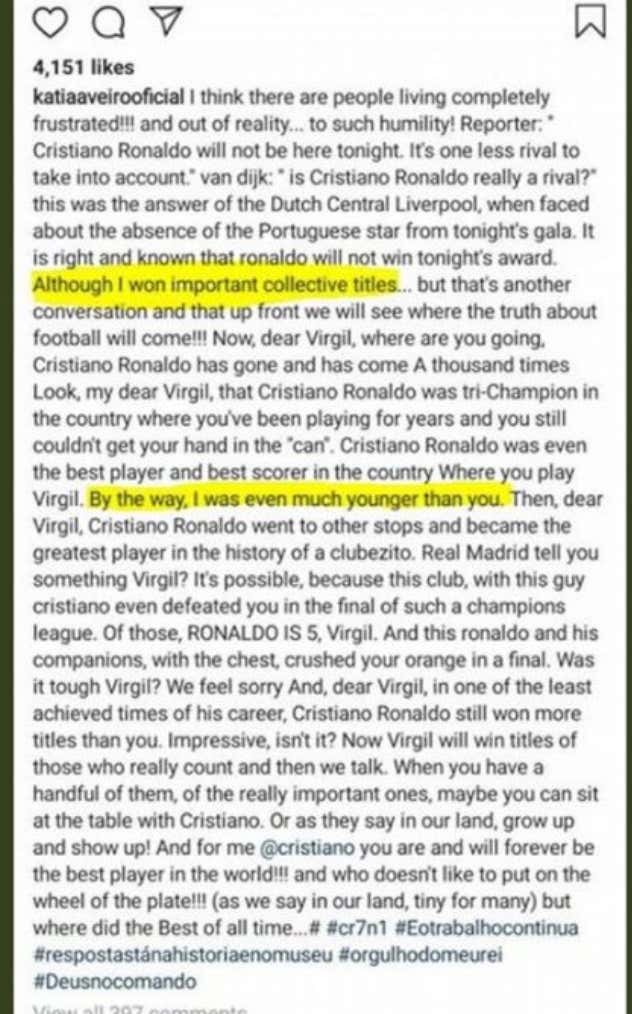 You got to love the pettiness here. It’s just amazing. The only mistake here is to make the hostess wait. You remember her? Diletta Leotta. I’d never be later to share anything with her.