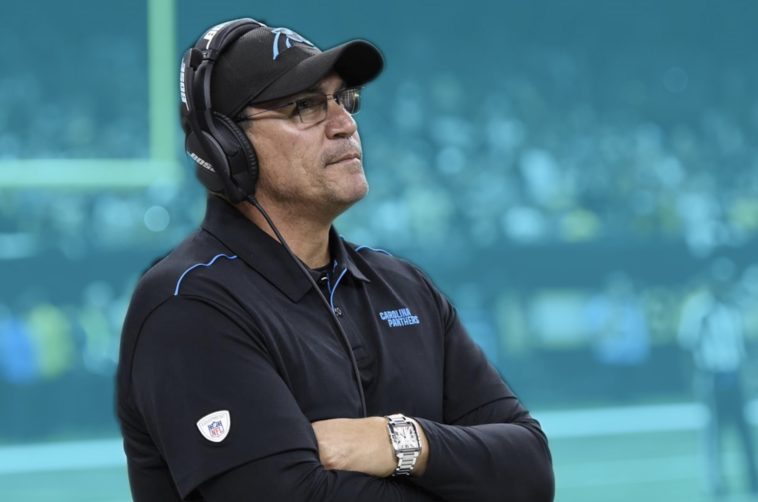 The Carolina Panthers announced Tuesday that they have fired head coach Ron Rivera, abruptly ending his nearly nine-year tenure with the team.

Rivera, 57, had led the Panthers to three NFC South titles and a Super Bowl appearance since taking over as head coach in 2011. He posted an overall regular-season record of 76-63-1 in Carolina, including a 5-7 mark so far this year.

The Panthers are in the midst of a four-game losing streak with four games left to play in 2019. The new ownership has a lot of decisions to continue to make, including their starting QB spot. Do you stick with Kyle Allen or do you go back to Cam Newton, who hasn’t been himself:

Cam Newton is visiting Dr. Anderson in Green Bay is to learn why his foot condition isn’t improving. Playing football is a long way off.? ?

“I believe this is the best decision for the long-term success of our team,” Panthers owner David Tepper said in a statement. “I have a great deal of respect for Ron and the contributions he has made to this franchise and to this community. I wish him the best. I will immediately begin the search for the next head coach of the Carolina Panthers.”

#Panthers owner David Tepper will do a thorough review of the football operations and add staff. At this point, nothing has changed for GM Marty Hurney. pic.twitter.com/BGSEZ0gij0

Secondary coach Perry Fewell will serve as the interim coach for the remainder of 2019.